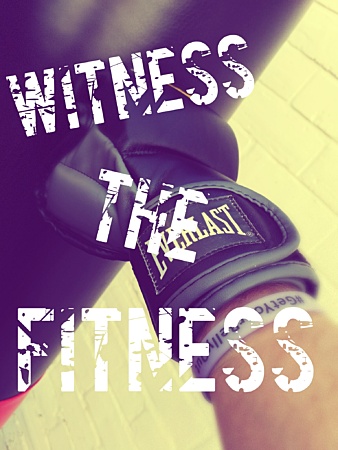 I mentioned in my last blog that I miss kickboxing. It got to the point where I thought maybe I should go back. I know I said I was on a waiting list for more surgery, but waiting is all I am doing. I am not getting any younger and time is rapidly passing by. So I have taken the decision to go back.

I did manage the last three weeks though so hopefully this will carry on through the year and I will sign up as a member again. However, talking about fitness now would be silly given only three weeks of training, so I will instead talk about what I have done in the past and hopefully you may draw some inspiration.

I attended a gym way before I was diagnosed, and I always found I could cope with most exercises, aside from stomach crunches. I really struggled with them and would get cramps in my gut then have to run to the loo. It was probably a sign of things to come.

Fast forward through many years of diagnosis, surgery, meds, surgery, corrective surgery, and more meds, and my body had gone from underweight to overweight and back again. I had a BMI graph resembling a roller coaster ride. 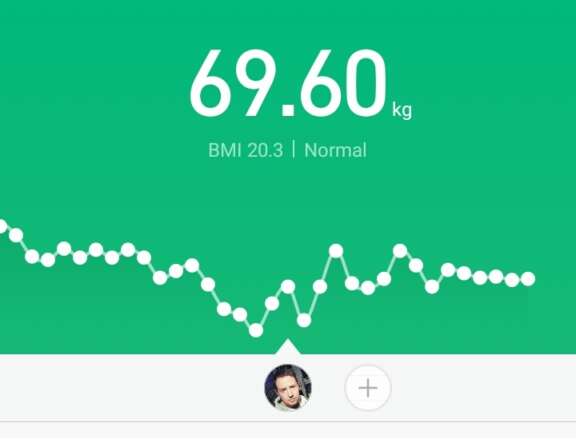 I had my completion proctectomy four years ago, and in the months leading up to the operation I exercised to help get me ready.

Nothing too much, just some general things like walking and bike riding. My surgeon advised that the fitter you go into an operation the quicker the recovery. He was right. I was surprised how well I could move around the bed; I could adjust myself and take my weight. It didn’t feel like I had just had my stomach cut open, plus my annoying mucus fistula was finally gone. Yes, there was pain but I could actually move. The last time I was cut open my recovery consisted of me laying very still and motionless on a bed due to the fear of pain.

While sat in there feeling positive, I thought to myself, “You can do better than this. You don’t have to always be ill.” It was at this point I thought I should make a change. Being at the underweight stage of my weight cycle, I saw this as a great chance to exercise, not to lose weight, but to improve my fitness. Trouble was, where to start?

Once out of hospital I was looking to do some sort of exercise where I could use my upper body, but not use my lower body.

As this was just after the New Year, all the shops were selling fitness equipment. I bought myself a chin up bar with the plan to build up my upper body. With all the confidence in the world I thought I would bang ten of these things out. I managed one… just one… if you could even call it that. After much retrying and learning techniques from the Internet I managed more and more. Ten was still a struggle, but I could get there on a good day.

Gaining confidence and strength I invested in a unit you attach to a door for flies, chest presses, all kinds of moves, using your body weight as the resistance. This was far cheaper than a gym membership. It meant there was no risk of paying over the odds for something my health might cause me not to use. Kettle Bells also make great door stops.

I started getting fitter and wanted to move on to something else.

Should I get back on the bike? The wound on my backside wasn’t healing right, so probably not a good idea. I always wanted to try a Martial Art, but didn’t feel that confident and didn’t want something involving spiritual elements. I ended up trying a type of kickboxing known as Sanshou. It meant no one could strike me with an elbow or knee - the last thing I needed was a knee to the stoma!

It took several sessions before I advised the Master of my stoma, because I didn’t want to be treated differently. He was very understanding. To learn how to defend yourself you need real scenarios where people don’t hold back. Many cuts and bruises later I realised I was not being treated differently at all!

I was and still am very aware there are risks with contact sport and a stoma.

Sparring did not really happen until the Master was happy you had the ability to do it safely. When we did, I would advise my combatant only if I felt I needed to, plus body armour provided some protection. I did investigate stoma guards as an option for this type of sport, and they are available but come at a bit of a cost. 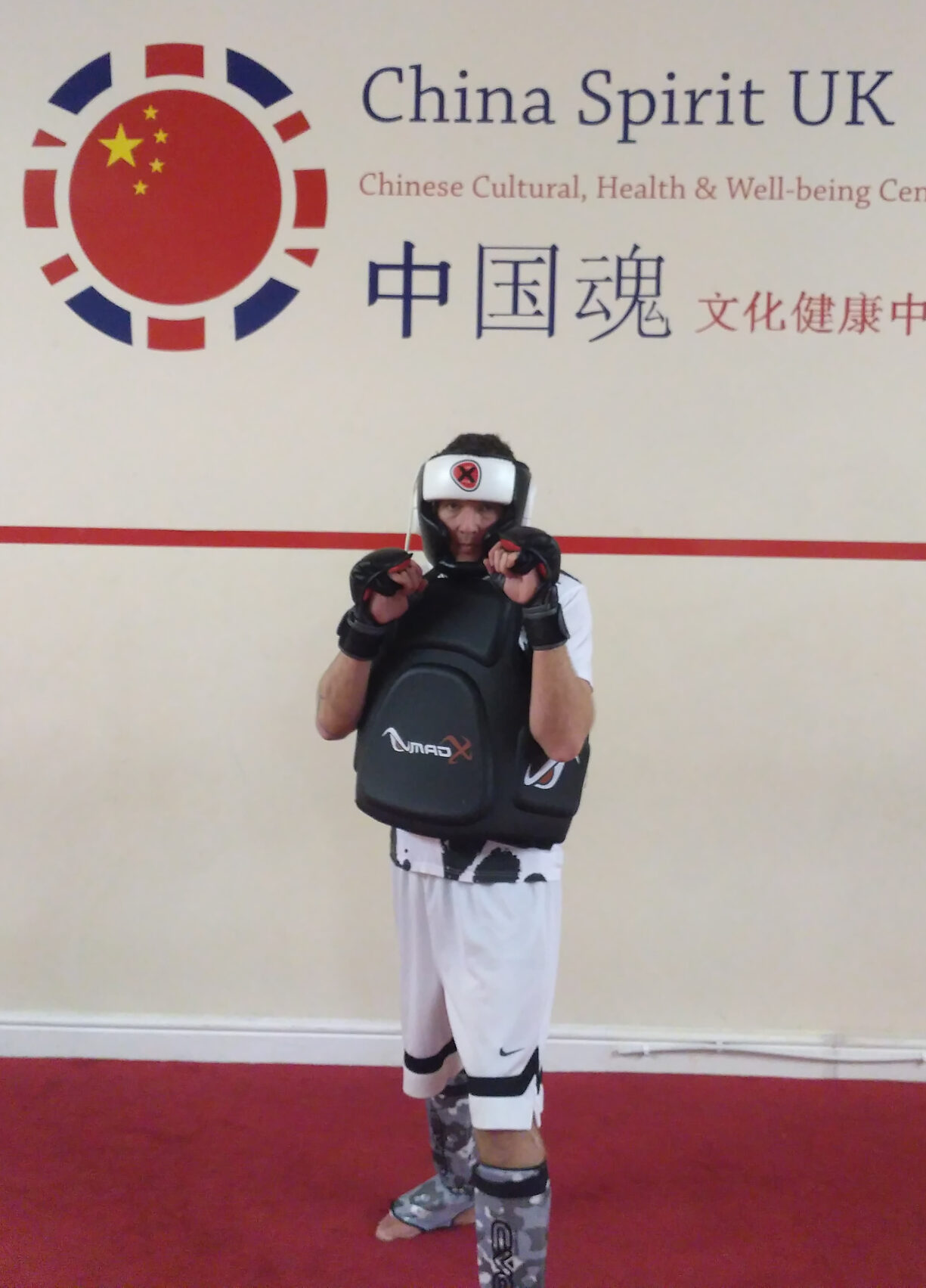 Kickboxing was the first time I felt like my body had been tested after each session, and probably the first activity to highlight weaknesses in my body caused by my surgeries.

Kickboxing warm up and stretching would sometimes trigger a feeling in my old mucus fistula site, like it was going to herniate.

I would be using or stretching parts of my body I would not usually use day to day. Strangely, not much kicking, punching and shoulder throws happen in IT Support. If I ever found this cramping sensation to take place I would never let on it was happening. I would just try and deal with it in the moment. Once settled, training would continue. Over time as my core got stronger this would hardly happen.

I had tried in the past and just thought I would go out for a run. A similar confidence to the chin up mentality. Two minutes later lungs burning, close to throwing up and feeling like I will not make it home, I realised this is going to take work, and people do this for fun?

My wife suggested the Couch to 5k app.

I was surprised how quickly we improved. Dare I say it… we started to enjoy it. However, cold mornings would always require huge motivation. Luckily living on the Wirral there is no shortage of beautiful places to go for a run, so that helps. 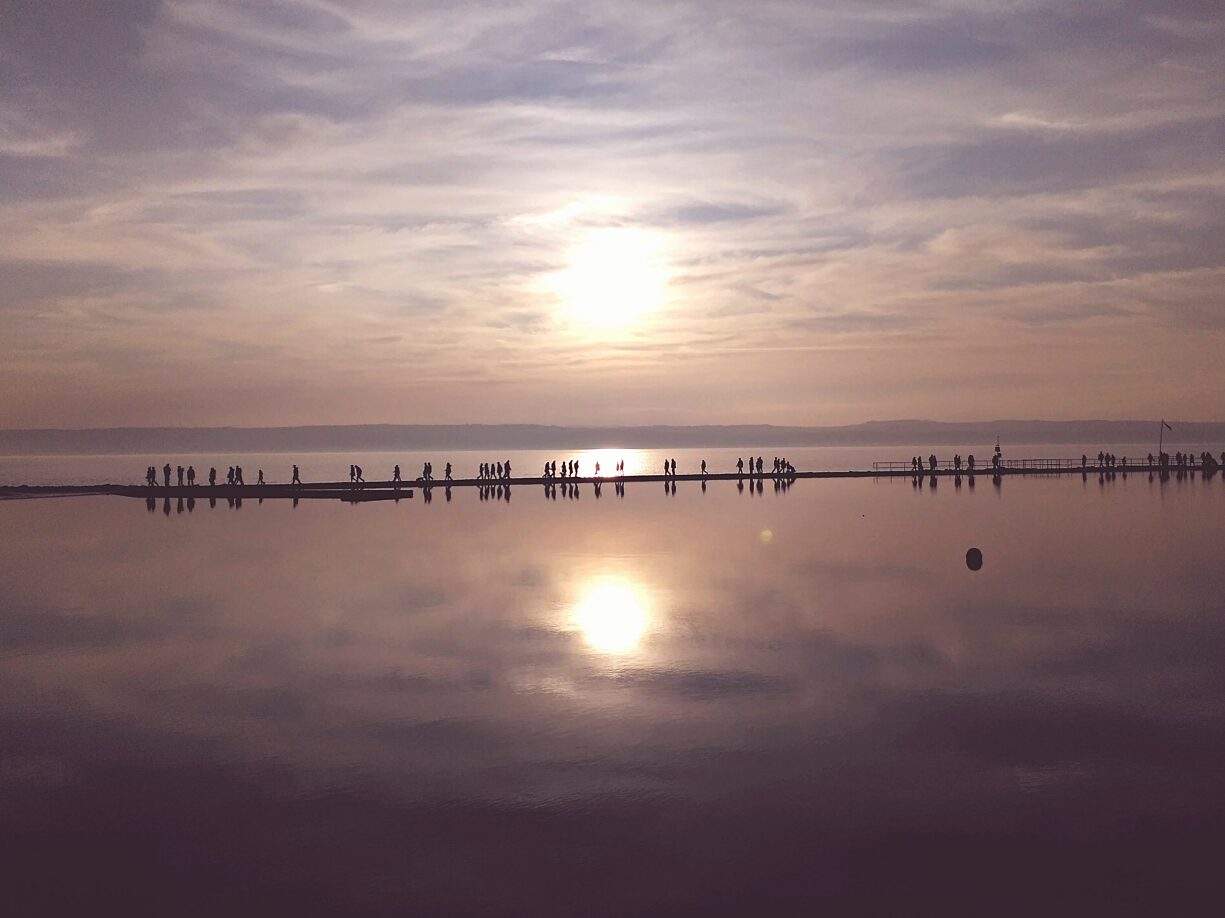 Surprisingly this seemed to help the wound settle down a bit. Whether it’s the increase of blood flow to the area or something else, I don’t know. Hopefully it may improve to a point I won’t need further surgery.

So, the plan for 2020 is to get back on the running, and to carry on kickboxing. I have taken myself off the waiting list for the wound operation to see how it copes in the day to day.

Hopefully body, mind, soul, wound, and stoma are on the same page.

I will keep you updated.

Cinderella With A Stoma – The Girl With The Golden Hair