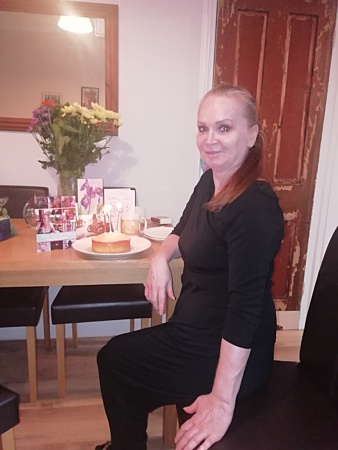 They say all good things come to an end and it is my belief that we should embrace change. If things stayed the same then there may well be status quo, but it would leave no room for anything new or exciting.

This will be my last blog for Securicare, at least for now, who knows about the future.

I will surely keep in touch with the wonderful people I have met. Huge thanks to the whole team for the opportunity to write and share some of my experiences. It didn’t feel right to just stop blogging without addressing why, but I had decisions to make about time management and my life in general. It has been a strange year for all of us and most people have done a little to a lot of reflecting. So, here is a summary of my last few months…

Firstly, plans from March onwards were binned, for obvious reasons.

Once the gym closed it was a setback for sure as I had just got back into training again. It seems to be that (since the bad car accident that knocked me out of competition) something always gets in the way of training. A few years ago it was a frozen shoulder that stopped me getting into the shape I would have liked to have been in for the photoshoot. Now about that shoot…

The photoshoot I did in 2016, as I have said before, was originally supposed to motivate older women.

I was going to beat myself into shape and inspire people.

Reality check, the biggest bowel surgery you can have, kind of put me back big time, in more ways than one. Months of recovery due to complications followed by a Takotsubo and cardiac arrest wasn’t really in the plan. But somewhere in there I had to get real and it wasn’t what you might think. The stoma community gave me a lot of support by way of some special people I met along the way. I am not ashamed of my scars or the mess that my stomach has become, having two ‘belly buttons’ is unusual but I’ve always quite liked being different! No, getting real was about me realising that I pushed myself to do something that I really wasn’t ready for, physically or mentally (because Jay doesn’t give up and she always keeps a promise).

When I look back and reflect, I realise I was trying to fit in because everyone seemed to be taking part in #GetYourBellyOut but I didn’t really want to, which is why there is only one photo where you can see a pouch. Some people even questioned whether I had an ostomy as I wore a stoma cap for most of the shoot. It wasn’t comfortable for me because I hated my stoma and I still do.

I admire those who are comfortable with getting their stoma and/or pouches out, but I’m not comfortable enough to do it myself.

It’s not about shame or caring what people think because I don’t. I care what I think and I had a whole set of negative feelings towards it because of the circumstances of how I got this darn stoma – it could have been avoided. Huge resentment added to the PTSD triggered by the horrendous way I was treated… well I am still getting my head around that. Reversal was on my wish list, and it was a hard pill to swallow accepting the stoma as a permanent fixture.

Being part of the Securicare and CliniMed family has been a privilege.

I’ve met some great people and travelled the country giving talks for them. Unfortunately my last talk was scheduled for June so I missed out. During lockdown SecuriCare did a fabulous job of keeping our supplies coming for which I will remain eternally grateful! Only those with a stoma will know how scary the idea of not having our supplies would be, although we weren’t leaving the house much, they are still very necessary in our day to day lives.

This year weddings have been cancelled and funerals have been curtailed, many loved ones unable to attend.

A dear friend died in August and I attended his funeral a couple of weeks ago. Before the pandemic none of us would have even had to think about whether or not we would be stopped from attending a social event let alone a funeral. Thankfully we got to celebrate my friend’s life and there was a wonderful service and wake.

I was also able to celebrate my birthday on a trip away with a dear friend – we went to the seaside and had a great time. No sandcastles or paddling, just spending time together and enjoying the sea air and cake of course, there has to be cake! If either my friend’s death or my birthday had taken place before they did, it would have been very different. Within a week, the rules changed again.

I have now slowed down for the first time in my 63 years on this planet, not through illness or injury, but because of our circumstances.

I walked a lot and found a lovely circuit that made up about 5km through the park and along a country route, yes, they exist in cities too! I did not rush back to the gym as soon as it opened, but I am back now, only just.

Time is something we cannot get back, as Eckhart Tolle says, ‘All we have is now’. Whether you are into spiritual practice or not I would definitely recommend reading his book ‘The Power of Now’. In the lack of doing and just ‘being’ I found myself enjoying the world being still.

As a single parent, in the past I sometimes worked seven days a week, needs must and all that, or do they? Many of us have realised we need very little and that it’s how we feel inside that is most important. I’ve tried to embrace my stoma but I can’t and that’s okay, it is how I feel. It has not changed my life for the better, it saved my life after medics let me get so sick I nearly died. I don’t have to embrace that. It is so very different for those who had a terrible quality of life through illness and bowel disease.

My stoma is not something I want to focus on anymore.

I’m waiting for some further therapy around what happened, but it is just not healthy for me to focus on something that I never wanted and cannot accept. I get that now.

On the surface it has appeared that I have lived a full life since my surgery. For sure I have had many adventures, but they have been very limited compared to my stoma-free life, life as I knew it. People have seen me do the photo shoot, go to the gym, make a fitness video and travel to the other side of the world to trek across country in the Falkland Islands. Only those close to me have seen the misery and restriction I faced.

At public speaking events I have often turned up just minutes before I’m due to go on because of not being able to leave the hotel room, and waiting to put a fresh pouch on with a misbehaving stoma. I have cancelled huge amounts of travel plans and social events either because of PTSD or my stoma. Many days I don’t get out of the house because it won’t behave. There’s a long list of things I have either not done or needed to cancel and this medical condition is still very unwelcome.

Moving forward in my life I want it to go to the back of the queue because otherwise it will have won.

It feels good to give up writing about it and to pass the baton on to others.

So, what next? There are exciting things on their way and I am working on more than one project right now. My public speaking has grown over time, though for obvious reasons is on hold right now. I’m writing two more books in tandem as well as the Falklands 35 Blog, an ongoing project.

I thank everyone who has followed this blog and I wish everyone in the stoma community all the best. Please keep sharing the hernia prevention video as it’s more important than ever as any planned surgery isn’t guaranteed right now. People will keep getting stomas, but they don’t have to get a hernia too, they aren’t obligatory!

Take care all, be safe, be kind to each other and most importantly remember ‘Mind, Body and Spirit’ all need taking care of too!

Are you struggling to accept your stoma? You may find a support group helpful. You can find a list of these in our resources section, or you may like to speak with someone about products to help improve your stoma care routine, give us a call on 0808 256 5400.