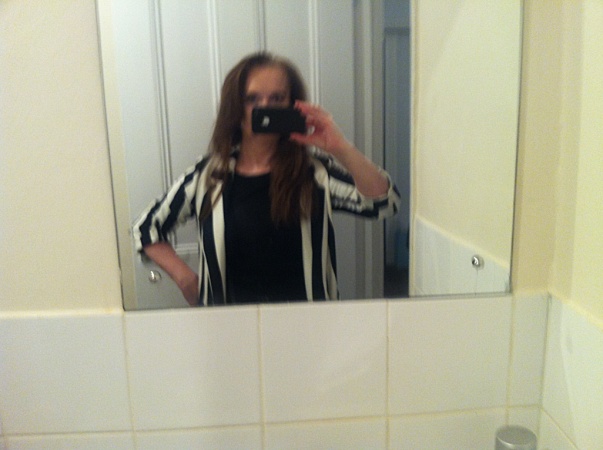 Just as I was about to start writing this blog, I saw an article about Lady GaGa talking openly about her Post Traumatic Stress Disorder (PTSD) and I thought ‘Way to go girl!’ because it’s a mental health condition that most people struggle to admit to.

PTSD is a ‘normal reaction to an abnormal situation’ and, like all invisible illnesses, we need to raise awareness of it.

It is my belief that we dislike the term ‘mental illness’ not just because of the stigma society puts on it but because we like to be in control. So how does this relate to having a stoma? In two ways - firstly because having a stoma makes you incontinent and secondly living with PTSD brings a very unpredictable bowel for physiological reasons that again you cannot control. A double whammy of lack of control… not a comfortable place for anyone.

My diagnosis is ‘Severe and Complex PTSD’, made by a psychiatrist who specialises in trauma.

See, there’s another word we shy away from - psychiatrist! It’s time that through awareness and education we get rid of the stigma attached to this area of medicine and maybe find a better description. So how does this relate to my stoma, and how does it affect my life?

My symptoms of PTSD began over 45 years ago and I have had IBS most of my life. Complex PTSD means a person has multiple traumas and anyone who has heard me talk at CliniMed patient meetings will have heard about some of them.

I had an emergency Hartmann’s procedure at the end of 2013 and the dire care and negligence I received, by a hospital already under special measures, triggered the longest episode of PTSD of my life.

It has been over five years of absolute hell. In the beginning I was devastated and the focus was on physical recovery. People see me as an adventurer and a gutsy broad and that’s still true but although it appeared that I was coping and getting on with life, mentally it has been hell. So, let me explain how I became a virtual recluse last year.

PTSD symptoms include the body being locked into ‘fight or flight’ response.

In humans this response was once vital to survival because it was meant to save us from being eaten by wild animals etc. The stress hormones cortisol, adrenalin and others put us into ‘fight or flight’ mode. They shut down our digestion as we can’t run or fight while defecating. They rev up our ability by sharpening our concentration and pumping blood to our extremities ready for action.

The difference is that when the threat is over e.g. we killed the animal or we escaped, our body would return to normal.

With PTSD there is no normal and the body lives in a permanent state of ‘fight or flight’ which plays havoc with our digestive system.

Over the past six months this has meant many disasters with my stoma output. I lost my confidence that I’d worked so hard to build. It meant cancelling a trip to the Falklands and a Christmas trip to stay with an old friend. Since my trip to Malta last year there have been no aeroplanes for this old #BrokenBodybuilder. There has also been no gym… until recently my home has been a prison, and my stoma like a fountain.

Treatment is slowly working and I am beginning to see a light at the end of the tunnel again.

I’m lucky that my qualifications and experience mean a total understanding of what is happening, but it doesn’t make it any easier. Many people constantly tell me that I’m an inspiration but it is apparent to me that being a true inspiration is to show what it is to be human. Setting yourself up on a pedestal that many people feel they cannot reach can have a negative effect. Whilst people may see a person as amazing, they appear out of reach for many.

Slowly I’m getting my life back and a good friend reminded me that it was the tortoise who won the race!

This pesky stoma won’t beat me and neither will the PTSD which I’ve beaten before. There are tools that help such as tapping, meditation, breathing exercises and CBT. Aura pouches have given me freedom, now I also need to find freedom of mind again which will calm the IBS and give me confidence to live life to the max. Looking at four walls is really not for me!

Talking at Patient Meetings diminishes much of my anxiety as most people there are in the same boat, so if I had any problem it would be easy to just say, “Slight technical hitch back in two mins!”

I’ve been back in the gym for a week now and my goal is to lose the 10lbs of winter weight, one step, one rep at a time! Let’s see how the next few months go…

“PTSD is a ‘normal reaction to an abnormal situation’ and like all invisible illnesses we need to raise awareness.” - @justjayhyrons

Bladder Cancer And Your Mental Health