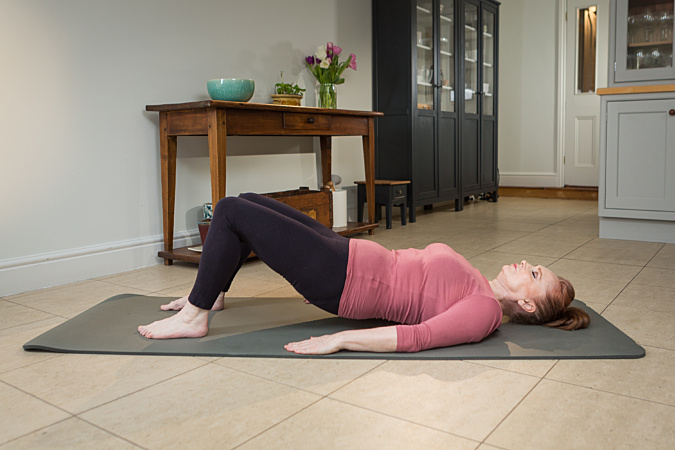 I was recently on a bus when an elderly gent moved over to allow me to sit down next to him. The first thing I smelt was stale urine and my heart bled for him. Did he know? Had he noticed? Sometimes I wonder if people just get used it, but I know I never will, that is unless I totally lose my sense of smell or my mental agility!

For me, incontinence is dehumanising, demoralising, deflating, discriminatory and demeaning. That’s a lot of d words!

I think the hardest thing for me about having a stoma is that feeling - that you might smell and have an ‘accident’ somewhere you can’t change or clean up, and can do nothing but just suffer until you can.

If I was having those ‘accidents’ because of a stoma formed due to a disease,  then I would obviously be grateful for the other benefits it did bring… but I wasn’t ill before I got my stoma, apart from the few days right before I went into hospital in agony.

I had never been incontinent until my surgery.

I had the most superb set of abs and pelvic floor muscles, even after seven pregnancies (two of them full term). In fact, baby number one, well her head engaged at 36 weeks and then she chose to be three weeks and two days late. That was almost two months of having an engaged head in my pelvis, didn’t do a lot for my lower back but my pelvic floor was a miracle!

As an ex-champion bodybuilder, I had buns of steel and both my bladder and bowels were protected by a strong web of pelvic floor and sphincter muscles. Still are in fact, so when the mucus poos come on suddenly there is a lot of clenching that goes on until I get to the loo!

I remember almost 20 years ago, getting my first flight to the Caribbean, and an experience with an incontinent passenger on the plane.

Seems like a lifetime away now for sure! I had booked one of those ‘Allocation on Arrival’ type holidays - I’m adventurous by spirit so the idea of the Caribbean and a random hotel was quite exciting. The flight however was another thing…

There we were seated and ready to go in a row of four. Next to me was an empty seat and, next to that, a man on the end. He was very obviously drunk and, as soon as we took off, he got up to use the toilet and there was a huge patch of wet on the back of his jeans, he had wet himself. It didn’t smell too good, you can imagine. I spoke to the stewardess who sprayed around him with some pleasant lemon smelling spray and they didn’t serve him any more alcohol. Unfortunately the flight was quite full so we couldn’t move.

The holiday sped by and the hotel was lovely, couldn’t have done better had we chosen it. The Dominican Republic was breath-taking and I fell in love with the place so much that I ended up building a house there, but that really is another story!

So, on our way back to the UK, the same man who had wet himself on the flight out, soiled himself just after take-off on the return. To say it was unpleasant on an eight-hour flight would be an understatement. With a slightly less busy flight, a young couple came down to sit next to me, they were returning from honeymoon and had been sat next to him. The man was the talk of the plane and people were shouting things like, “throw him out the door” and all sorts.

As he walked past my seat to go to the bathroom, he shouted at a few people who were berating him, “I’m ill you know, I can’t help it.”- well I have been thinking about that a lot lately. I wonder now if he had bowel disease and drank to relax himself or, whether he was an alcoholic who suffered with incontinence? He obviously did drink heavily because on the return flight he had to stay on the plane and wait for immigration as he had lost his passport.

When I travel now I am worried about incontinence myself, it is my main anxiety as leaks are common thanks to a badly placed stoma and if I have an upset tum it’s not pleasant.

If my IBS is bad then I often cancel travel plans out of fear – I know I need to work on that as I want more adventures. Twenty years later, I may well have tried talking to that man on the plane -  and would have been a lot less judgemental, for sure.

My tips for 2020 are to be kind to everyone and remember that you might need a stranger’s kindness one day. Secondly, please consider doing regular exercises that will help you prevent incontinence. I will be back with more exercise tips for ostomates this year, have a great 2020 everyone!

“If you come across somebody incontinent, remember: be kind to everyone, as you too might need a stranger’s kindness one day.” -@justjayhyrons

Take a look at my Core Exercises video made in partnership with CliniMed.

Why I Regret Having My Stoma Refashioned