A little bit about me

Hi everyone, my name’s Mike, I’m 34 and I live in Liverpool. I’ve had a permanent ileostomy since October 2015 and wow, what a journey it’s been. My surgery was undertaken as an emergency to treat one of the many bowel obstructions I’ve developed over the years so I didn’t really have a chance to get my head around things before the op (although, in honesty, I had known for a while that a stoma was a high probability at some point).

Once I had navigated my way through some murky waters (quite literally at times) during the immediate post op period, I found myself turning to the internet for tips, tricks and general guidance on how to deal with my new life with an ileostomy. The thing that rapidly became apparent was the lack of credible support material available for people that have ended up with a stoma for similar reasons to myself – as a result of bowel obstructions or surgery - rather than a recognised illness like Crohn’s, Colitis or IBD. The more time I spent researching, the more frustrated I became. I began to crave some sort of reassurance that I wasn’t the only person out there going through the rollercoaster ride that was/is my life.

There are pages and pages and site after site offering really useful and insightful info for people who have suffered from Crohn’s/Colitis/IBD and who have ended up having stoma surgery to either cure or reduce the symptoms of these debilitating and nasty diseases. For sufferers, I am sure that these sites provide a source of comfort - but for me? I just don’t fit into this category.

At sixteen, I was rushed into hospital with what turned out to be a perforated duodenal ulcer, requiring sewing over by way of a laparotomy. A few days after the surgery, when I wasn’t getting any better, I was diagnosed with peritonitis and informed that I needed another laparotomy immediately. There lies the beginning of all my problems. The combination of two lots of abdominal surgery in such a short space of time, mixed with peritonitis, caused damage to my colon (partial paralysis and also a belly full of abdominal adhesions) leading to 16 years of recurrent bowel obstructions and persistent abdominal pain. 8 laparotomies, more bowel obstructions than I care to remember and god knows how many hospital stays later, Stanley (my stoma) was born. No point crying over spilt milk and all that – it’s done now.

Should ostomates fall neatly into categories?

So, back to the issue in hand. My medical history may be particularly unusual and complex but I very much wanted to find others ‘like me’. In this day and age, we often want or need to categorise ourselves in order to validate our illnesses or suffering. Colostomate, Ileostomate, Urostomate, Crohn’s or Colitis Sufferer, Cancer Survivor… the list is endless, but for a while after surgery I just didn’t know where I fitted in and I felt an overwhelming sense of desperation. When registering as a member of the many forums and websites out there, I was often presented with those little check boxes where you have to select your diagnosis. Not a single option related to my condition and this only aggravated my despair at having to tick the ‘Other’ box. All I wanted was to find support and guidance that was more specific to my own situation.

Now, over 12 months on, I’m much more confident and no longer feel the need to categorise myself by putting a tick in a box. However, I do still feel strongly that more could be done by stoma product manufacturers, delivery companies, stoma teams and stoma associations to ensure that the information they publish is even more diverse than it is at present. They need to recognise that, as the number of people living with stomas is on the increase, so are the reasons for their surgeries. Providing more tailored information could save a lot of dark times and despair for a lot of people.

My own advice to new ostomates? Don’t obsess over the need to categorise yourself with a tick in a box. Be comfortable in your own skin. That does take time but you will get there and with experience comes acceptance, both from others and yourself.

Stomas aren't all caused by IBD. There needs to be more diverse information available for all types of ostomates

In honour of World IBD Day, Hattie takes a look at the IBD diagnosis journey 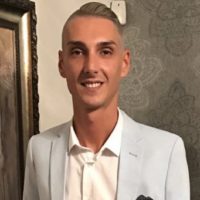 Hi I'm Mike, an analyst from Liverpool. I've had my permanent illeostomy (long story!) since October 2015 and it's certainly been a rollercoaster. It's a massive part of me but I'm learning not to let it define me. I'm looking forward to sharing my thoughts and experiences.

Inspiring Others, Raising Awareness And Paying Tribute – My Photo Shoot With My Stoma Bag