SecuriCare plays a vital role in #ActiveOstomates campaign to show that having a stoma isn’t a barrier to being active.

SecuriCare (Medical) Ltd and group company Welland (Medical) Ltd are proud to be sponsoring Colostomy UK’s new rugby league team – Team Colostomy UK. The team is made up of a mixture of ages and experience which has led to them playing a social version of the sport called ‘Masters Rugby League’.

This team is playing a vital role in their #ActiveOstomates campaign to show that having a stoma isn’t a barrier to being active.

As a result of our sponsorship they have been able to produce an eye-catching kit which was launched at half time during the London Broncos v Sheffield Eagles BetFred Championship game. The shirt also featured on ‘Proper Sport’ radio station, hosted by Oliver Holmes and Jy Hitchcox,
professional Rugby League Players. The show reaches around 15,000 people. You can find a link to the Facebook feed here: https://m.facebook.com/ProperSportRadio

Attached are some of the photos from the kit launch – Billy McLintock (Brand Marketing Executive, Marketing) presenting the new shirt to the team at half time, and the shirt with rugby legend, Martin
Offiah. 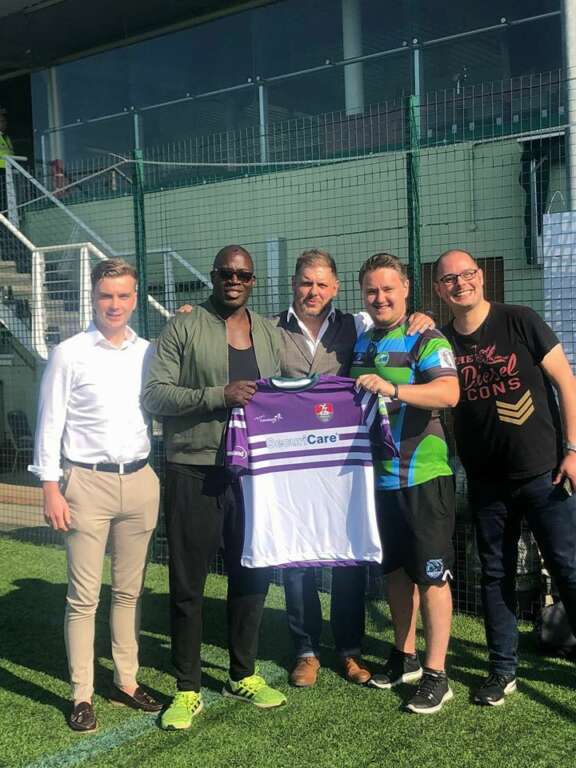 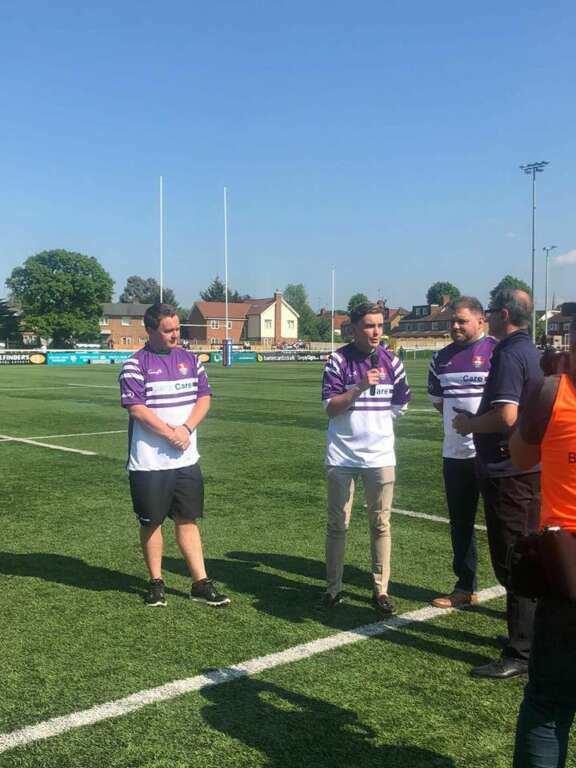