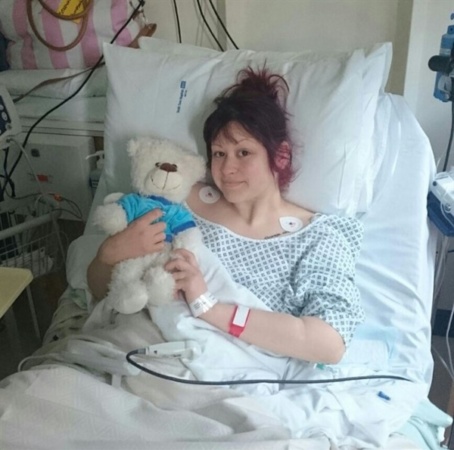 My ileostomy was not my first surgery

I have had two surgeries. Both were my choice, both were meant to make my life better (I had been ill so long, since age 10 in fact) - yet only one seems to have had an immediate effect…my ileostomy, which I had formed in 2016.

First, I had J-pouch surgery – until I started experiencing severe pain

From November 2014 until June 2015, I actually felt the healthiest I had ever been. I had a J-pouch which wasn’t causing me any pain. I was running frequently (although it was more like elderly zombie running - I was never very fast but I was still proud of how far I had come). I had managed to lose some weight and was eating healthily. I even abseiled down the Transporter Bridge in Middlesbrough! Then – BAM! – out of nowhere, I was hit with absurd levels of pain.

I found out that I had Pouchitis

My GP at the time did all she could to help me manage the pain but it wasn’t enough - I ended up ringing the out of hours doctors. Within 5 minutes of being on the phone to them, an ambulance was sent out and I was admitted into hospital. I was asked time and time again in hospital, “What do you think is wrong?” All I could think was Pouchitis (an inflammation that occurs when the J-pouch becomes irritated and inflamed). At first they didn’t seem to be taking me very seriously. I was told they were just going to go off my telephone diagnosis from the pre-admission call and would discharge me the next day without even seeing a specialist! Fortunately, however, a junior doctor decided against this and arranged for me to see the specialist, after which I was scheduled for a flexible sigmoidoscopy, which did indeed confirm Pouchitis.

I requested to have an Ileostomy

Fast forward a couple of months, the antibiotics I had been put on were doing nothing. I decided that I wanted to have surgery to create an ileostomy as an alternative to my J-pouch. It wasn’t an easy choice - I spent 3 weeks staring at images of stomas until I could look at one without crying. That’s when I told my husband about my decision. He just wanted to make sure that I was certain but then he accepted it.

Getting accepted for stoma surgery was not a straightforward process

It took 3 months and one sharp-toned letter from my new GP for me to be referred for stoma surgery - only for the surgeon to talk to me for 5 minutes and decide that I wasn’t mentally strong enough to cope! How rude! I’d even told him all about the research I had done and how dead set I was on having the surgery because I wanted to be well again. He said that he would speak to the surgeon who performed my aftercare from my J-pouch surgery, in order to decide whether he felt I should be granted the surgery. It felt ludicrous to me how someone could need stoma surgery but the system would let them suffer instead until it became an actual emergency.

Eventually I was admitted to hospital for my stoma surgery

I did eventually get my surgery. But not until I was admitted again due to increasing pain. I contemplated drinking my bottle of morphine and going for a long walk - that was the only time in my life I have ever thought about dying and it’s so hard to look back on now, knowing how good my life now is and what I would have left behind. I was told that my pouch was really inflamed but to be granted a permanent ileostomy my surgeon would have to take my case to a board of directors and fight for it. This surgeon had operated on me in the past and knew how against having a stoma I was last time around, so I’d like to think he realised how much thought I had put into my decision.

Whatever the logic, I was finally granted my ileostomy. Apparently, because I now had a toddler, clearly I was mentally strong enough!

My stoma was worth the fight

For me, the fact that I have been through so much and had to fight so hard to get my stoma just cements the belief that this was the best choice I could have made to get my life back - not just for me but for my husband, daughter and our unborn child.

Getting a stoma isn't the worst case scenario. Stephie fought for her stoma and it helped her get her life back.

Michelle also recently had stoma surgery. Read how she overcame her challenges and went on to bigger and better things