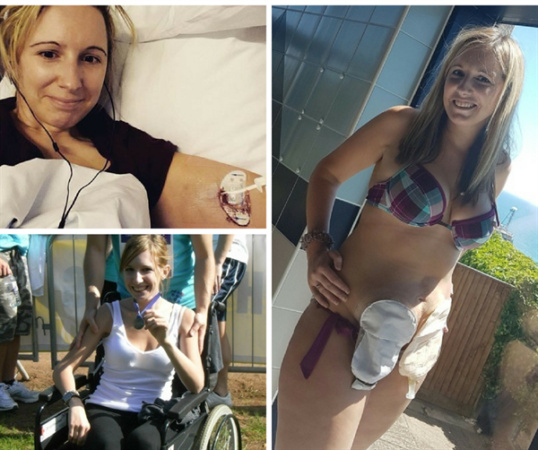 Hello, my name is Rachel

I’m 30 years old and I’m what the ostomy world calls a ‘Double Bagger’. This means that I’m the proud owner of an Ileostomy and a Urostomy. It has been a journey and a half to get here, to say the least, not just physically but also emotionally, mentally and spiritually. I’ve gone through stages of hopelessness, feeling lost, alone and wallowing in self-pity to now finding gratitude for my illness and living life to the full.

It all started in 2007 whilst working as a Therapy Radiographer at Bristol Oncology Hospital. I contracted Campylobacter food poisoning from a well-known supermarket chain, which eventually caused my bowel and bladder to fail.

At first I experienced continuous urinary tract infections and eventually became unable to empty my bladder at all, which was retaining urine. I tried self-catheterisation which was difficult working in a busy radiotherapy department, then was given a urethral catheter. Unfortunately it wasn’t long before I had to quit my job and ended up with a supra-pubic catheter.

After 6 years of having a supra-pubic catheter and really suffering from even more urinary tract infections and horrific spasms, I had a cystoscopy which revealed that my bladder was extremely small and very damaged. A biopsy also showed that the cells in my bladder had mutated. Within 2 weeks I had my bladder removed and an Ileal Conduit (Urostomy) formed.

During this time the peristalsis in my bowel had also stopped working, which meant that I had chronic constipation for months on end. It got so severe that barium enemas, suppositories, and laxatives didn’t help. In the end, my surgeon decided enough was enough and gave me my Ileostomy in 2012.

Getting my ileostomy and urostomy was a Godsend

Apart from the initial adjustment period, which included a lot of bag leaks, I soon adapted. After feeling so unwell for so long I finally started putting on weight. Getting my bags was the best decision I have ever made, my life is now 1,000 times better than it was when I was unwell. I’m finally living again.

I now run my own ostomy blog, support others in the ostomy community and actively raise Urostomy Awareness. Urostomates are sometimes the forgotten group of the stoma family, but thankfully this is slowly changing.

Since getting her urostomy and ileostomy, Rachel's life is '1,000 times better' then when she was unwell 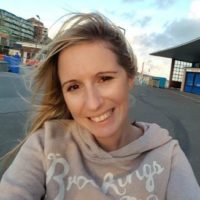 Hi I'm Rachel - I'm a 'double bagger' (I have a Urostomy and an Ileostomy) and I write a blog called Rocking2stomas!