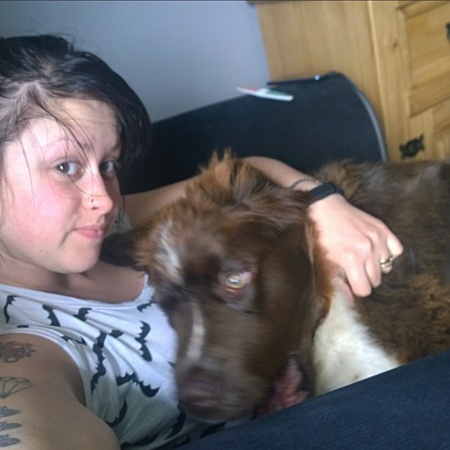 Pets are an absolute joy to have, I think we can all agree on that regardless of what type of animal we have. Over the years 00Steve (my husband) and I have had a zoo!

Some animals we had only a short time and others we had longer. So, in our zoo we’ve had:

We made the difficult decision to re-home Jensen to one of our friends’ parents and we get updates ALL the time. We weren’t sure if my ileostomy surgery would work, or even how long I would have to wait for it. It wasn’t fair on him just getting one long walk at gone midnight every night. Or me attempting to cling on to the pram for stability walking him with crippling pains. He was the best pal ever my Jensiepops, he used to sit under my legs between my chair and the footstool and even as he grew, he would try to fit there, but as you can see he wasn’t a little doggie!

He was very much my dog… he would walk better for me, he knew he would always get to snaffle some Sunday lunch, and when I got home from work, he would be barking at the door ready for me. He was also the best spoon to cuddle EVER!

For the amount of time I am in manageable pain and sat on my own now, I really miss having a dog. Obviously, no dog would ever replace my floppy-eared nutter, but he really helped (he is adored in his new home, but if we could have him back we would in a heartbeat).

00Steve and I feel that health-wise we are now in a position to look for another pet, and they bring so much joy and distraction to everyday life. Since we won’t be having more children and Ra-Ra is at school and Button is starting nursery it would be nice to have the company of a doggie, to get hugs from when the pain niggles and to keep me company.

“Jensen was the best pal ever, but we had to re-home him when my IBD became so bad I couldn’t give him the exercise he needed.” - @colitistoostomy

The Gutless Graduate - Survival Guide With A Stoma