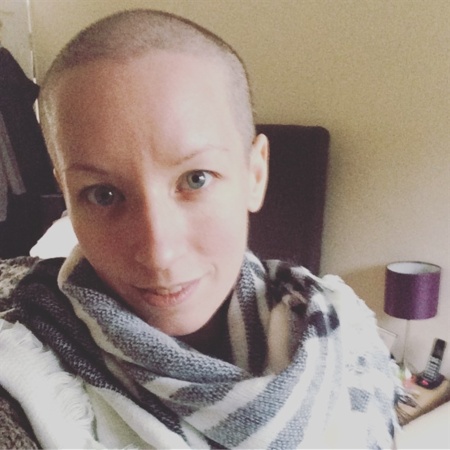 When I first got my suprapubic catheter I was fitted with a two litre night bag for going home.

Due to being a wheelchair user and also having other tubes and medical devices to deal with, I stayed with this night bag - for ease more than any other reason. I placed the bag inside a cute waterproof tote to carry around which hung nicely on the back of my wheelchair and I soon became reliant on the ease of only needing to empty the bag only once or twice a day. To be honest, I became lazy. My life is full of medical routines, aseptic techniques and nursing procedures. Having a large two litre urine bag attached during the day just made life that little bit easier. However, it became increasingly clear that I had to make the switch to leg bags.

I was scared about trying leg bags.

I was nervous of leaks. I worried people would be able to see the leg bag bulging underneath my jeans. I was anxious that I would struggle to empty it myself and would need help. Reluctantly, I made the move and with sheer determination (and a few accidents) I am now confidently wearing my leg bag with pride.

I first tried wearing a leg bag at home when I was having a pyjama day.

I made the switch from my night bag to the leg bag in the morning and wore it until evening time. At first, it felt like I was having to empty my new leg bag every hour but that was simply because I was emptying it sooner than needed as I was worried about the bag becoming too full. As well as Ehlers Danlos Syndrome, I’m also autistic so it took some time to get used to the physical sensation of the bag on my leg. I have sensory issues due to my autism that mean I get very uncomfortable with things touching my skin and I could not cope with the sensation of the elastic bag straps on my bare skin. A few experiments led to me wearing a knee length sock underneath the leg bag and its accompanying straps, but the sock kept slipping from the weight of the bag. So I tried a woven cotton bag sleeve instead. The idea is that you wear the sleeve like a footless sock and the bag fits inside a pocket wrapped around the sleeve. This worked perfectly and I soon settled into wearing the bags whilst at home.

The transition was difficult emotionally, rather than practically.

My Ehlers Danlos Syndrome affects me neurologically, meaning I have short-term memory problems. New routines are harder for me to grasp and I can become frustrated when I fail to learn things or when I forget simple procedures. This memory problem particularly hit me when it came to wearing my new leg bag. I would forget to close the tap after emptying my bag and the result would be a very smelly, soggy sock and shoe. I desperately wanted to give in and go back to my large night bag but I knew that I had to persevere. I was reluctant to wear the leg bag outside, out of fear of forgetting to close the tap and having a leak in public. But I knew I had to get past this fear, so I took the plunge and chose a hospital appointment as my first public outing. My wife came with me to the toilet when it was time to empty my bag and she double checked that I closed the tap before we ventured outside.

Emptying my leg bag was much easier and quicker than the large night bag.

Following my appointment we went shopping and, even though I needed to visit the toilet a couple of times, emptying my leg bag was much easier and quicker than the large night bag I had been used to. It soon became clear that the leg bag was much more convenient when out and about and I was pleased that I had persevered and stuck with the transition.

I’ve been wearing leg bags for over a month now and, while I still use my large night bags some days, I don’t worry at all about using a leg bag when I’m away from home. Once settled into the different routine of the leg bag it has made my life that bit easier. Best of all, I am free from long tubes that give away my condition. Leg bags make me feel free and, with a few extra accessories to help keep my catheter secure, I can confidently say that I am a happy leg bag wearer. 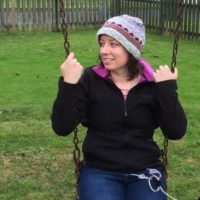