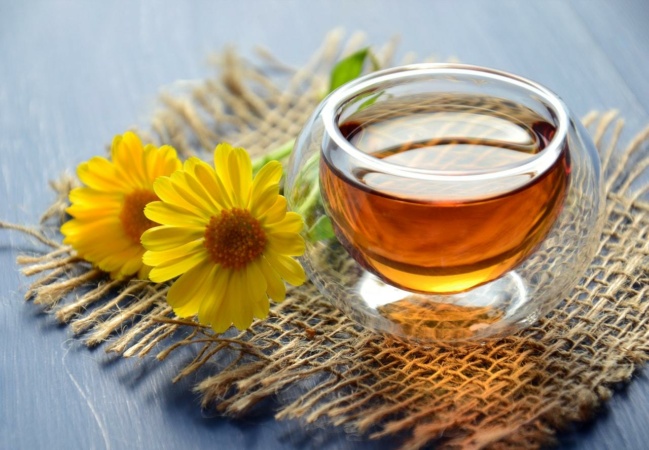 My first introduction to Manuka honey was during a particular winter where I was having back to back colds, and a friend of mine asked if I’d tried it. Her recommendation was to buy the highest strength I could afford and then put a teaspoon of it with the juice of half a lemon into half a cup of boiling water.

I nearly had a heart attack when I saw the honey shelf in the health food shop and how expensive the Manuka was. Even the cheapest made me weep a little, but I went ahead and bought the highest strength I could buy (I was sure the jar was smaller than the others!).

Not only did this little ‘home remedy’ cull my cold and flu bouts, but it also improved my immune system in a way that nothing else has!

I always keep a jar in the back of my cupboard now – it’s there for emergencies, but nine times out of ten Callum and Matty have had it on their toast. I don’t know how many times I’ve shown them the jar and explained, “This costs £15 DO NOT USE.” I’ve even splashed out on the ‘taste the difference’ honey in case they’ve now developed an expensive taste and that’s why they keep using it; but alas no, they’re like moths to a flame!

Manuka honey is antibacterial, anti-inflammatory and anti-viral, so it’s no surprise that it’s being used in all manner of new ways. Vloggers are smearing it across their face to not only help clear up their acne, but also to improve their acne scaring.

Manuka honey has been used for wound management throughout history, so when I tell you this next thing I don’t want you to judge me too much…

We’ve all been there, the skin around our stoma site is red raw and nothing is working to repair it. Every time you try to stick a new bag on, it’s an effort to get it to stick. Then, taking it off feels like ripping previously healed skin.

In a moment of despair, I placed a little Manuka honey on the affected area around my stoma. As honey is a sticky substance I thought my pouch would stick, no problem. Well of course it didn’t! And trying to wipe Manuka honey off your skin isn’t exactly easy!

Then fate dealt me a hand (after laughing its head off I’m sure), a leaflet plopped through my door for the Aura range of stoma pouches and support products containing Manuka honey.

I was straight on the phone to CliniMed for samples, and after just two days wearing the Aura pouch, I noticed a massive difference to my skin. These pouches contain medical grade Manuka honey - I was sold and I’ve not stopped using them since.

“After just two days of wearing the Aura pouch, I noticed a massive difference to my skin… I’ve not stopped using them since!” - @sonikmummy

Could the skin around your stoma benefit from a pouch containing medical grade Manuka honey like Michelle’s has? We have a range of Manuka honey stoma pouches and support products which can be ordered via your SecuriCare online account. Login now or sign-up to order free samples.

Stigma As A Gay Man With A Stoma