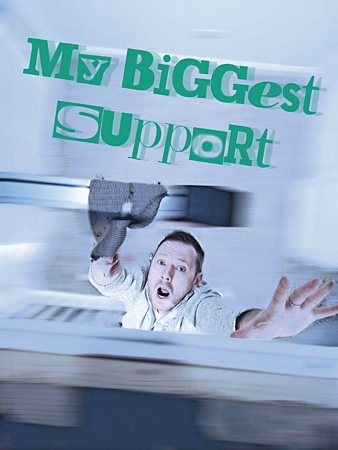 I’ve been blogging here for a few years now and talked about many things. Some things I'm still surprised I let tumble from my consciousness. However, something I have never really spoken about is the thing I could not live without when living with my stoma.

My support belt. Yes, I know gasps of shock as I did not name-drop my wife, and yes, she has been a massive support, but my support belt really has helped me cope living with my stoma.

On my first solo bag change, I remember being stood in front of the mirror and looking at my body all covered in dressings and drains. I remember feeling fuzzy as hell from the drugs, and not completely taking it all in. I remember the sensation of a weight pulling on my lower right abdomen and how uncomfortable it felt. 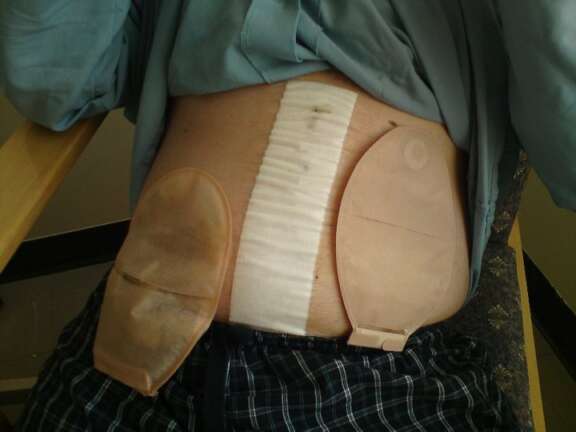 I proceeded to learn how to remove the bag, clean up, and then attach the new one. The sensation of the weight pulling had disappeared, but it did not really dawn on me it was the bag. Once done, I jumped straight back into bed and lay looking at a clock, watching the time tick by. This happened for about a day or two until my healthcare team were happy, I could leave and do it at home on my own.

Once at home the routine was much the same. However, instead of staring at a clock, I had the distractions of a TV to look at, and the impending arrival of my second daughter. Still the thought of the stoma was sort of at the back of my mind, as it still really had not made its presence known.

That came a few weeks later.

I was beginning to feel more confident to get out of bed and sit up and just walk around without the fear of abdominal pain stopping me.

But being stood up more, I felt the uncomfortable pull of the bag on my lower right. For me it was an uneasy feeling, like something was pulling me down via my gut. Once the bag was emptied the sensation had gone. I never really felt it sat down, just standing. I could sometimes ease the sensation by tucking the bag into my waistband, but that would cause other complications such as pancaking.

It was around this time I started to experience leaks. It was a really tough time mentally; I couldn’t get my head around trying to live a normal life, whilst living in fear of leaks at any time. A fear so bad that I felt I was checking the bag every two minutes. I found myself so paranoid I was convinced I would have a leak when in fact I did not.

The problem with a stoma pouch leak is that once your output gets behind the seal, the bag will come off. Add the weight of the bag pulling it down, well it’s like someone is slowly peeling the bag off for you.

This was a horrible dark period for me. I had a newborn daughter I wanted to be the best dad for, and yet I had a stoma I didn’t want and couldn’t go an hour without some form of complication or leak.

Eventually, enough was enough and my wife had me speak with the Stoma Care Nurses to see what could be done. In their defence, they have always offered support, I am just really bad at asking for help.

Turns out that your stoma can change quite a bit after surgery, and I would say it could take a month or two for it to find its ‘home’.

Mine had pulled itself back in a bit, so my stoma sort of sits in a slight dip. Therefore, I had to try a new type of bag that had a convex element to it. But it also came with something else… a belt! It was nothing fancy. It was basically a piece of waist elastic from a pair of pants and a clip at each end. It won’t win any fashion awards, but it does its job. 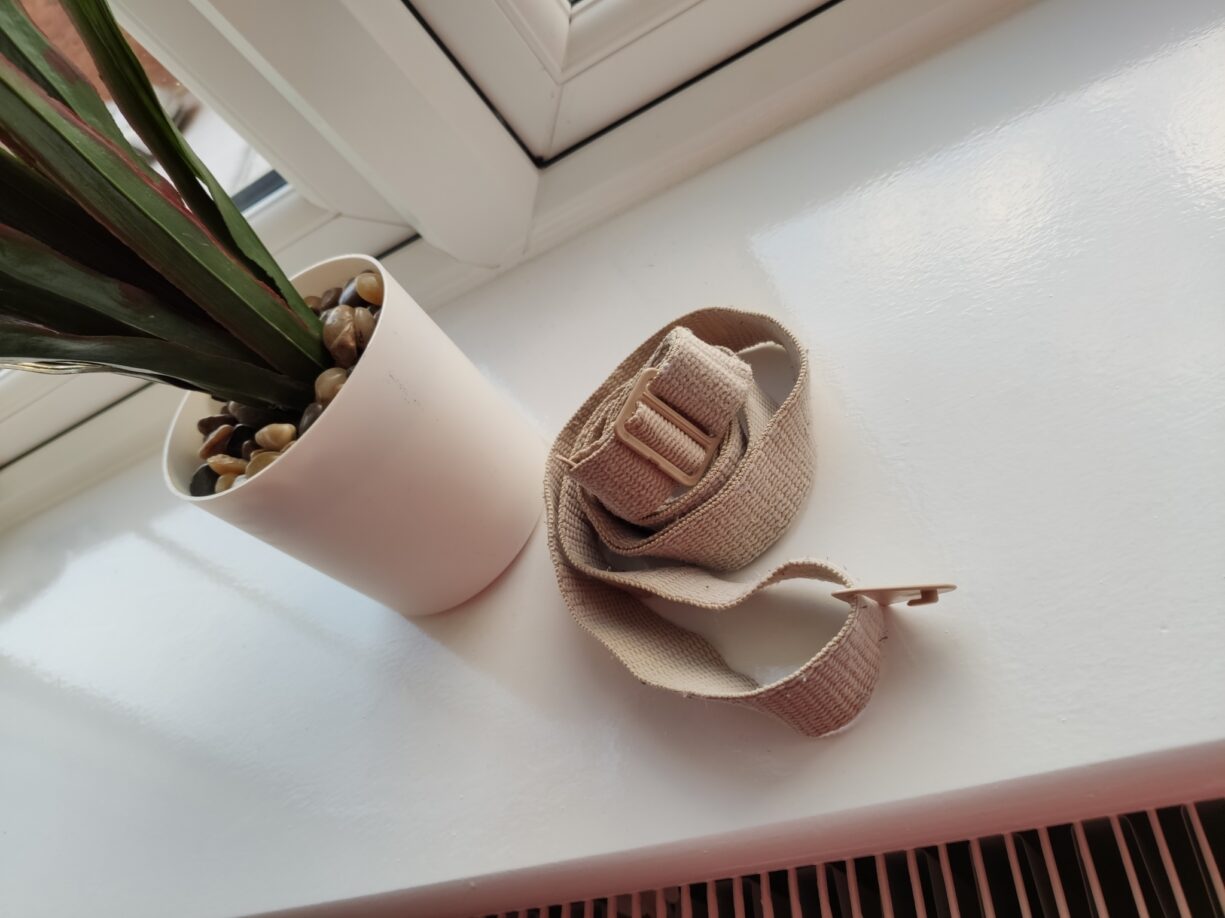 I remember putting the new bag on, attaching the belt and tightening it. The feeling of security was amazing. But what I noticed most was the feeling of the weight pulling at my gut had gone.

The combination of a new bag that fitted me better and the security of a belt changed everything. It was from here my confidence skyrocketed.

I don't mean I suddenly had the ability to live a normal life, far from it. But to go from blind panic about leaks to being able to successfully shop without stopping to feel for them was massive. That was the point where my confidence in my stoma began, and I started to feel like I could live with it.

I have used two other types of stoma belt. They have been more for extreme sports, or dinner parties. You know those times when you need to look like you don’t have a bag? However, 99.99% of the time I am rocking my trusty knicker-elastic belt. Yes, it does get washed. I have two now.

My belt changed everything for me, it appears to be nothing special, but to me it means everything.

“Wearing a stoma belt provided support and transformed the way I was feeling.” - @axtellnick

Your Stoma Problems Are Still Important