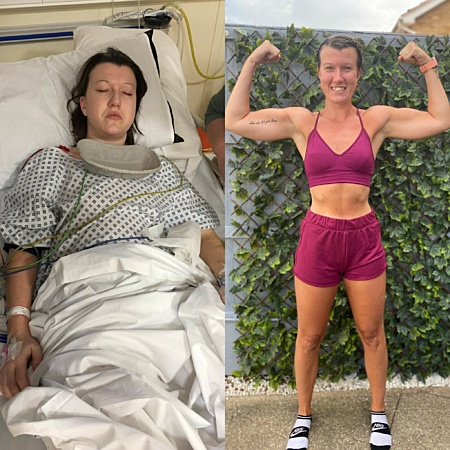 It’s been a whole year since the pandemic started but the little light at the end of the tunnel is growing and each day that goes by is a step closer to returning to some form of normality!

I want to talk about the aftermath of emergency surgery... Being told two days before that you are going to have life changing surgery is a big deal and something that you may not have time to come to terms with or prepare for. I am going to share some of the key things that I wish I had known before surgery, that I figured out after surgery!

1. What can and can’t you eat with an ileostomy?

Straight after surgery I was put onto a very bland and soft food diet, anything that was white was pretty much allowed (white bread, pasta, rice, sponge cake etc). But without reading the leaflets I didn’t know what I wasn’t allowed. Things such as nuts, sweetcorn, raisins, skins of fruits and veg. I had a partial blockage within the first six months because I ate sweetcorn on top of a pizza, but I didn’t know this wasn’t allowed - safe to say I don’t touch sweetcorn anymore!

2. What clothes do I wear with a stoma?

A huge question I asked myself after surgery. In hospital, I wore nighties because I found them more comfortable than pyjamas as they didn’t dig into my stomach or stoma. After surgery, I wore baggy trousers or loose leggings and I spent so much money on buying a new wardrobe. Once I had healed and started to try on my ‘old’ clothes, I realised I didn’t need to buy a whole new wardrobe! My nurse says as long as the stoma wasn’t restricted or squashed, and there was enough room to fit my hand down the front of my trousers or skirt then it was fine!

Another big thing for me, I used to wear hipster style pants, but after surgery these just didn’t sit right or comfortably. I did a lot of research and initially I bought some basic stretch high-waisted pants, and these really helped as I could tuck my bag in and it felt secure. With research, I found Vanilla Blush who do pants on prescription for UK residents and these are now my go to pants. White Rose Collection also do similar ones but with different material and lace that I love. Both of these have a small pocket inside that you can tuck your bag into which is brilliant!

4. Can I exercise with a stoma?

I was so fit and active before surgery, I worried that I wouldn’t be the same after. But I’m so much fitter now. Again, I did my research and I found out that with a stoma you must protect yourself from the risk of getting a parastomal hernia, so I wear a hernia belt or support underwear every time I exercise. I recently came across some support briefs from Comfizz that I would recommend for exercising, they are comfortable and secure when working out. With exercise, I didn’t just go straight back into it, it took me around a full year to get back into HIIT workouts, after 6 months I began easing myself back into exercising.

This is the biggest thing, not knowing what recovery will be like. I didn’t know what to expect and I think even if I had had time, I still wouldn’t have known. I was so unwell prior to surgery and felt so weak afterwards. Being on high doses of pain relief, although it helped the pain, completely wiped me out and made me feel weak, so I moved onto just paracetamol after around a week or so and this made a huge difference to me not feeling as weak. I was lucky enough to research online whilst I was in hospital, I found lots of great tips about what I’d need after surgery. A few of those things were:-

Overall, everyone’s journey after surgery will be different. But I think the things I have outlined above may help to prepare yourself for those initial thoughts and worries when heading in for this surgery. I thought my life would change for the worse, but it has changed for the better. The quality of life I have now is remarkable and something I have my stoma to thank for.

“The quality of life I have now is remarkable and something I have my stoma to thank for.” - @positively_stella 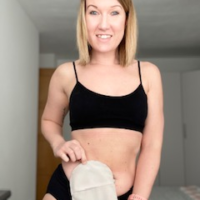 I was diagnosed with ulcerative colitis at the age of 16 and underwent emergency surgery in April 2019 which left me with an ileostomy. I love my life with a stoma and my aim is to spread positivity and awareness about IBD/stomas by giving realistic points of view from my journey so far. You can follow me on Instagram.

Preventing Sore Skin And Leaks With A Stoma