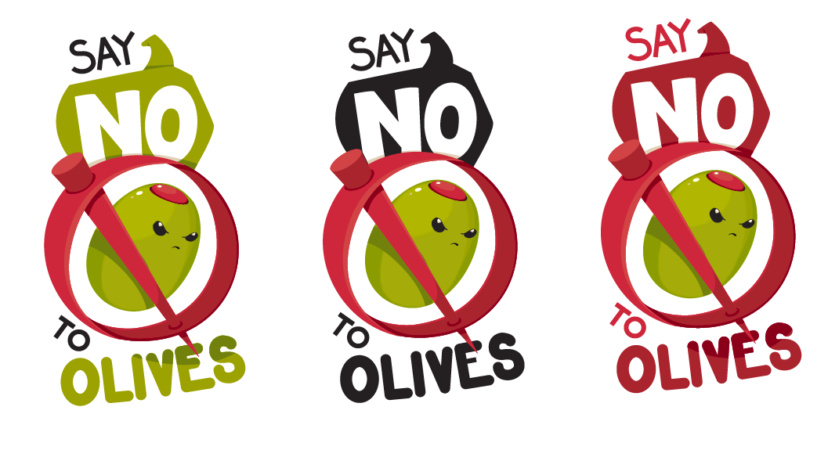 The dietitian was my worst enemy, “You are speaking to a former athlete, lady!” I thought to myself as the hospital’s diet specialist stood above my bed with a food chart.

“Your output should be like porridge,” she says. Her description of ileostomy output immediately ruined the childhood memories I had of mixing six tablespoons of brown sugar into a bowl of Ready Brek’s finest. “How dare someone tell me how to be healthy,” I thought, as she left me with a wad of paperwork.

Just as I thought the nightmare of stoma surgery had ended, I heard the words that will haunt me forever: avoid olives.

The words hit me like a stale piece of potato fired from a modified spud gun, the ground below me opened up to reveal a pit of my worst fears: pineapple on pizza, my ex-boyfriend, and Michael Bublé’s latest album stuck on repeat!

Don’t eat olives with a stoma? That’s just as absurd as the time my doctor told me not to leave cotton buds in my ear while brushing my teeth!

After a lengthy six week stay in hospital, I purchased my first tub of olives.

Determined to prove that we as ostomates could still digest this delicious food, given to us from the gods, I sat staring at the tub opposite me. The moment was intense, like a bush tucker challenge.

“It all comes down to self-control,” I thought. “As long as I chew them well, and don’t eat the whole tub I will be fine!” Thirty minutes went by as the transparent container lay abandoned with little trace of what the contents had been. Feeling accomplished, I relaxed. I had conquered the olive mountain and abolished the myth of the indigestible food!

“Avoid olives” - what a load of nonsense! But by late afternoon, Sheila (my stoma) had been quiet for some time. Not even the slightest movement, which was unusual for that time of day.

I peeked through the window of my bag, this was far from normal I thought, all was eerily quiet!

It was the type of quiet that reminded me of another childhood memory where I was caught up in a freak storm in Gran Canaria. Abandoning the poolside sunbeds, both my brother and I ran for cover as torrential rain threatened. The hotel staff warned families to keep items off the balcony that could blow away. Our inflatables however, were left on the patio. As morning came, Willie, my inflatable whale, hadn’t moved. I’d ensured his safety by squeezing him in a windbreak behind a metal deckchair, but my brother’s dingy was nowhere to be seen!

In the hotel reception there stood a crowd of upset holiday makers, making quite the commotion over a loss of signal during a very important football match last night, and sat deflated and crumpled in the corner lay a rubber dingy. It turns out our dingy took out the main hotel tv receptor during the storm! But back to the olives…

Starting to panic, I laid on my bed trying to create some movement out of my ileostomy, by massaging my stomach.

Before long, nine ounces of olives were pushed out of my body in one aggressive movement! They’d barely broken down at all and were impacted together making it very difficult to pass without discomfort.

In that moment I realised I was wrong – very wrong.

I was lucky I was able to deal with the stoma blockage myself and avoided a trip to A&E. I learnt a very important lesson that day, much like the day of inflatable chaos on the Canary Islands.

The olive stands at farmers markets and county fairs have now become a forbidden ground, and I can do no more than stare longingly at the families enjoying a Mediterranean selection.

Life without olives has been difficult to adjust to…

In a way we are divorced but still very much in love, and although one door may have shut, I have since found another to be open. I’ve found comfort in the world food isle at my local supermarket and thankfully Sheila doesn’t have any objection to Strawberry Twizzlers!

*Dealing with a blockage at home might not be right for you and if you notice any worrying signs like bleeding or you’re in too much pain to comfortably cope at home then you should seek medical attention as soon as possible. If you’re struggling with pain after the blockage passes, then you should also seek medical advice as there may be remnants of the blockage left behind, or a stricture or kink in your small bowel.

“I was lucky I was able to deal with the stoma blockage myself and avoided a trip to A&E. I learnt a very important lesson that day.” – Rachael Kin

Want to read more from our bloggers who’ve dealt with stoma blockages? Take a look at this post from Stephie, sharing her top tips for dealing with a blockage.

Having A Stoma And Being Scared To Eat Certain Foods