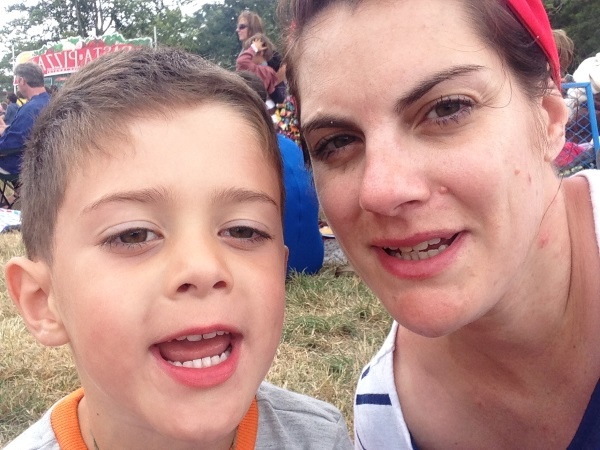 Massive queues and Porta-loos: Festivals weren’t for me

Festivals never appealed to me, even before I had IBD. There was no way I was going to use a porta-loo that looked like something from “Trainspotting”. Once my IBD years began, “massive toilet queues” were added onto the list of dilemmas whenever the possibility of a festival crossed my mind.

But since having a stoma I refuse to be held back – Camp Bestival, here I come! I had my ileostomy operation just after my son turned one; about the same time that my best friend took her daughter (also aged one) to Camp Bestival. When Eleanor got back she couldn’t stop raving about the music line-up and activities… but also how clean and plentiful the toilet facilities were.

Over two years I built up my courage and stoma confidence, finally deciding to give Camp Bestival a go with my son and husband. After-all, since getting my stoma, I’m even more stubborn about not letting anything hold me back!

Don’t get me wrong; it wasn’t easy the first time. No sooner had we put up the tent, I was crying hysterically and saying that I wanted to go home. Thankfully, Matty persuaded me to see how I went on my first toilet run. He promised that we could go straight home if it didn’t work out. Clearly, it went better than expected; four years later, we are about to go to Camp Bestival for the 5th year running!

My top tips for a great festival experience with a stoma

So, this summer, I wanted to share my tips to make for a great festival experience if you have a stoma :

My parting magical words to you, before you go off and (I hope, if I’ve inspired you!) book your festival adventure for this summer……remember, they do have showers at festivals; you just have to pay for them.

Digesting Hard Medications: Just Another Challenge Ostomates Must Put Up With?