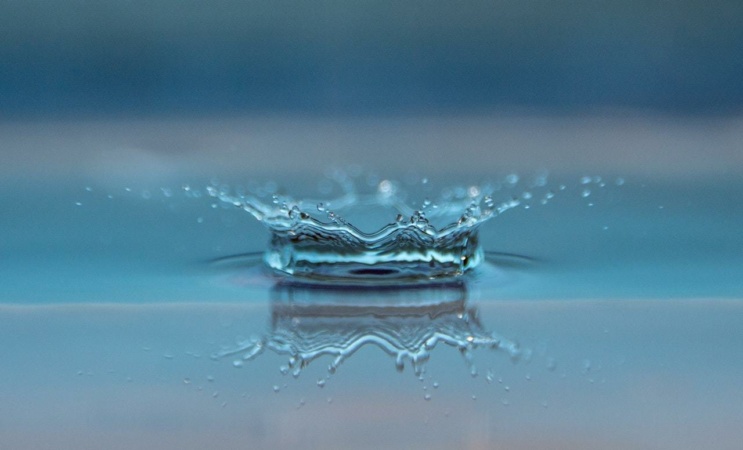 This is supposedly due to the female urethra being shorter, which can allow bad bacteria to enter the bladder more easily. To minimise the risk of spreading bacteria, we should always wipe ourselves ‘front to back’. Despite doing so, I’ve been prone to urinary tract infections UTIs since my son was born.

I’ve frequently experienced both, so much so that at one point I had no idea what my urine was meant to look like or how it felt NOT to have an infection. I had many investigations as to why I suffered from regular UTIs but there was never a definitive answer.

I tried drinking cranberry juice in the mornings, as I was told it would prevent bacteria from sticking to the wall of the bladder. It didn’t work, and I believe this has now been dispelled as a myth! I also made sure I was drinking enough water each day.

The NHS recommends we should drink between 6 and 8 glasses of water a day or 1.2 litres…

Unless you have a medical reason not to - some people could be on restricted fluid intake. Can you say you’re drinking this much? It’s not always easy. Some of the jobs I’ve had prevented me from drinking this amount due to a lack of toilet breaks i.e. if I didn’t drink, I wouldn’t need the toilet.

Drinking 1.2 litres a day to stay hydrated won’t be right for everyone anyway. We come in different shapes and sizes, and consume different types and amounts of food which can also count towards your fluid intake, so some of us will need more water and others may need less.

My UTIs used to make me feel exhausted and hot

I would get aches around my kidney areas and my urine would have a funny smell to it - quite distinctive and very strong. It would be a darker colour too (ideally urine should be a light-yellow colour). Darker, orangey-brown colours could mean that you’re dehydrated or that you have an infection.

It would make me feel like I needed the loo all the time but as though I was never fully emptying it. Drinking more water to dilute the acidity of the urine helped and my Urologist recommended I drink half a pint of water with a teaspoon of baking soda, to help neutralise the acid. You can buy solutions from your local chemist but the baking soda in water is just as effective …and cheaper!

My lower back and kidney area would really ache, and I’d occasionally feel a pain as though I’d been stabbed with a hot poker. Sometimes there would be blood in my urine too.

I experienced these issues so often that I reached a point where I didn't need a doctor to tell me whether I had a UTI or not. I would drop off a bottle of pee at my surgery and wait to hear back from them. I’d usually get a call later that day to tell me a prescription was waiting for me at the chemist.

My Urologist has since told me that this approach wasn’t “best practise” and that my surgery shouldn't have been so relaxed about the frequency of my infections. The recommendation is that if you have 3 or more UTIs in a year then please speak to your GP about investigating why they are so frequent.

Enjoying Fashion After My Stoma Surgery