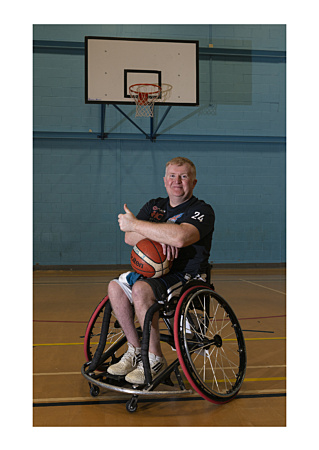 Well it’s been quite a month since my last blog. The basketball league has restarted with the club, and my adventures in Georgia have been renewed. Facing this with spina bifida would always have been an additional challenge but I keep a positive attitude and all our work will be worth it in the end.

I’ve taken Curan Man on my travels and thank goodness I did. Such an easy and convenient way to get on with life.

With the travelling and all my sporting endeavours I find that keeping my hydration levels where they should be can sometimes be difficult. I don’t want to get ‘caught short’ so sometimes I run my system a bit dry. On occasion, as an intermittent catheter user, I’ve had to pay the price of urinary tract infections (UTIs).

As a result, this can put me out of action for a couple of days, or at least badly effect my performance physically and mentally.

Before using Curan Man, UTIs were a frequent occurrence.

The standards of the Georgian water supply for example would have meant that I was almost certainly going to end up introducing something nasty to my system. As the Curan Man has its own lubricant, it’s more convenient and is less of a chore to use facilities, there’s less irritation and there’s a hygienic addition that makes the whole process safer to use.

I can drink enough fluids to perform everyday tasks and I can make sure I’m properly hydrated and ready to rock (see what I did there?) when I need to get out on court and do what Gary does out there for my team.

Our last two games over the weekend were a mixed bag of very close games.

On Saturday we played against Sheffield Steelers - it was a frustrating game, we were close throughout and even got a good lead at one point but I guess we were a bit rusty and the teamwork suffered. I’d been kept in reserve and despite scoring two three-point shots we let it slip away. We were joined by reps from our sponsors, CliniMed who watched the game and lived it with us.

On the Sunday, we played what is affectionately termed the Celtic clash, with the Northern Irish Knights. Despite the highly physical nature of the encounter, we were matched man to man and we kept it within a couple of points for the entire time. It was with ten seconds on the clock that the opposition made the mistake of making heavy challenges. This allowed us to bring it to one point with three seconds to go. James, my youngest teammate, showed nerves of steel and sank both the free throws, it was quite possibly the best game and best performance all round I’ve been a part of in some years.

After my latest trip to Georgia, we are closer to setting up a Georgian National Basketball Association.

This time, in collaboration with Madge Bray, the lady responsible for bringing one of our players to the UK from Georgia, to save his life. We’re hoping to build a foundation to help find and support other youngsters who need help finding their freedom from orphanages and challenging perceptions of disability there.

It’s going to be a long hard road, but like life, with determination and the backing of the club, the international governing body, and some great friends, we’ll get through whatever is thrown at us.

“Before using Curan Man, UTIs were a frequent occurrence.” - @rockswheelchair 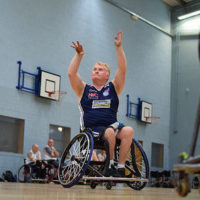 Health Is Wealth: How IBD And Stoma Surgery Changed My Outlook On Life