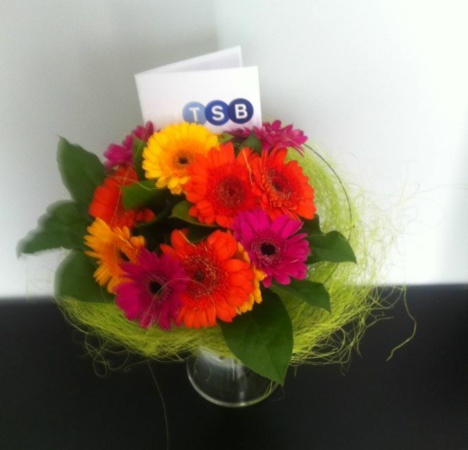 Since having my stoma, a lot of things have changed and, like many people, I can feel nervous in some situations about the vulnerability of the actual stoma itself. This is particularly tricky for me as I suffer from PTSD (Post Traumatic Stress Disorder) but, as anyone with a stoma knows, it’s not easy getting used to a new life with this hole in our tummy. It doesn’t take much to make our stomas bleed.

We are all aware of the fear of stoma bag leaks in public, but what about our safety?

Last week I had to visit my bank and, as usual, there was a queue. Within seconds of me arriving, there was a customer at one of the counters starting to rant and rave. Within a matter of minutes, he was aggressively shouting at the member of staff and swearing profusely at them.

I was struck by how vulnerable I felt.

All this “vulnerability” malarkey has been a new phase in my life that has taken a lot of getting used to. Of course, it’s not really malarkey at all. It’s an important part of our growth, learning to deal with situations that make us feel vulnerable, whether due to illness or otherwise.

The customer grew louder and louder and the swear words became more frequent.

With PTSD my default is ‘freeze mode’, something I’m working hard to change. My work must be paying off; in my head I thought, “You can just walk out if you need to, Jay.” Choice! However, I really needed to get some things sorted at the bank so I felt I had to stay.

All of a sudden, the angry customer went towards the door that leads into the counter area and tried to get through it. At this point he was in Neanderthal mode and wanted a fight with the staff member! Of course, they have a ‘zero tolerance’ policy but, honestly, the staff member was not helping the situation at all. “Oh, what are you, Superman? You think you can get through doors now?” he said smugly.

The customer became even more enraged and, as I went to the free counter just a couple of feet away, I realised how vulnerable having a stoma makes me feel.

There are stoma guards that one can use for martial arts or contact sports but who would think to wear one in everyday life? …To visit the bank?

This incident was scary, as are the current volume of stabbings in London where I live. I walked past a man just a few weeks ago who had been stabbed and was being treated on the pavement by a paramedic. The world seems to be getting angrier and angrier.

So, out of ‘freeze’ mode, I told the staff member that I really didn’t think it was good at all and once the man had become so threatening e.g. wanting a fight with the bank teller in question, why weren’t the police called? She replied that they had been trying for some time to calm him down.

I remained firm and conveyed to her that the bank had a duty to the welfare of their other customers as well!

At that point the light bulb went on and she realised what I was saying: that people on the other side of the counter would feel scared too! By then though, as I looked around, I was on my lonesome.

Staff started to gather around the teller who was serving me. They were all clearly feeling very threatened by this man who was determined to fight someone. In the blink of an eye it seemed, eight police officers descended on the bank and of course the man was argumentative with them too. They handled it very well and asked to use a side room so that they could talk to him as well as telling him firmly he needed to calm down. It is a measure of his anger that eight police arriving didn’t quell the anger at all.

We never know someone else’s story unless they tell us. I always feel for people when they are that angry as the therapist in me knows there will be a reason and this situation is merely a trigger.

But, empathy aside, I have to look out for myself and my own ‘stoma security’. I realised how very vulnerable the threat of violence made me feel because I have this hole in my stomach which is robust in some ways and fragile in others. Prior to being an ostomate, angry people didn’t faze me, now I find myself so wary it is yet another thing to adapt to.

When travelling during rush hour or walking down a crowded pavement I automatically place my hand over my stoma area in a protective manner. I’m not nervous to walk down the road day or night for fear of being mugged, that isn’t even on this #BrokenBodybuilder’s radar, but my stoma’s welfare now is, constantly.

In London we have violence, youths cycling along the pavement and a whole manner of ways a person can bump into you with force.

It would not be comfortable to wear a stoma guard each day and it certainly would not be a ‘good look’ fashion wise. So, it is yet another thing that is now a consideration of this new life with an unwanted medical condition. It’s another thing to adjust to and somehow overcome as there are times when I need to travel during rush hour with millions of other people, and when incidents happen, as in the bank last week, that are beyond anyone’s control.

The bank sent me a bunch of flowers with a card that merely said ‘Sorry’.

A small gesture, but a nice one and an appreciated apology.

“I realised how very vulnerable the threat of violence made me feel because I have this hole in my stomach which is robust in some ways and fragile in others.”

Summer With Chronic Illnesses And An Ileostomy