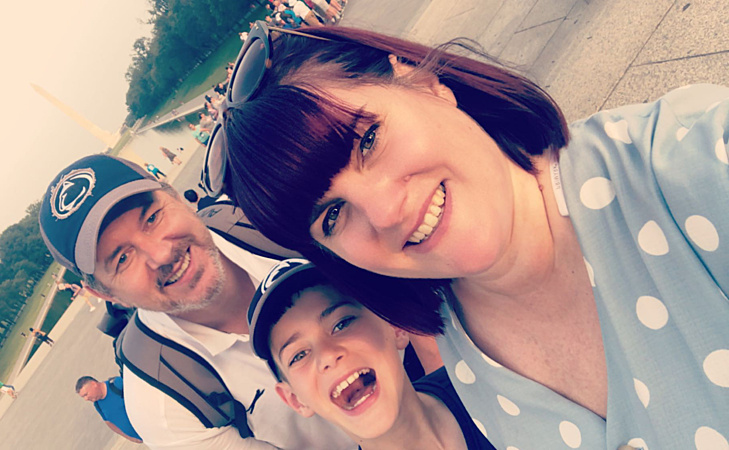 The last year has been such a weird year, well weirder than normal.

It of course started with the token healthy eating: on-trend smashed avocado on sourdough toast, poached egg and overnight oats with berries… but not many of the healthy eating dishes made it to the end of the year.

During my first hospital admission of 2019 I had lovely electrodes glued to my head (no, the glue does not “easily” wash out), to find out what was causing my mind absences and major confusions.

Fast forward to October and I finally received a diagnosis of FND – Functional Neurological Disorder.

A couple of fun trips were had, including a birthday weekend in Brighton for my friend, Nicola. I finally watched War Horse at the theatre, and for my brothers birthday I surprised him with tickets to see Children in Need’s Magic Mike… you should have seen his face! But he had a laugh when the big surprise was Johnny Vegas coming out as Magic Mike.

I had another trip to hospital for ANOTHER hernia operation, this time it was behind my stoma so took a bit longer to heal and my stoma had to be re-sited.

I was out of hospital sooner than last time, but because the wound was under the base plate of my stoma bag, the stitches pulled whenever the bag was removed. This meant I learnt a couple of new tips, including how to fill the small wound holes while they shrink. When applying stoma paste, I would transfer it to a syringe to make it easier to apply. With stoma powder, I learnt to apply to a specific area using my fingers rather than puffing it on and then having trouble getting the bag to stick.

Not long after my surgery, we had a house fire.

Normally we put our dishwasher on at night, but that day we thankfully put it on in the morning before going out. When we came home, we opened the door and were hit by a wall of smoke. Our kitchen was on fire, and we very sadly lost our dog.

The whole house was severely smoke damaged. We had to move out for six months. We’ve only just been allowed to move back in, thankfully in time for Christmas. We lost almost all our possessions, Callum lost 90% of his toys, but we are just so grateful we are safe and still have a home to rebuild.

I lost all my stoma supplies in the blink of an eye.

I was panic stricken. My stoma nurse would only issue what was on my repeat prescription: stoma bags and wipes. My delivery service was good enough to issue a box in advance of a prescription. However, I didn’t have anything else like the sprays, powder, or scissors.

SecuriCare had my back and sent out a care package with a travel bag to keep it all in. At that point we were living in a hotel so having a bag I could put all my supplies in and know where it was, was a godsend.

Over the summer, Callum finished Primary School, had his prom and then stopped being Mummy’s little boy because he started secondary school. I made the most of him this summer, with lots of trips to the beach. We took our annual trip to Camp Bestival in Dorset and had a family adventure to Bude in Cornwall before it was all ‘new uniform’ and ‘new school’.

October and November seemed to rush by, it seems faster each year but more so this year as we were preparing to move back to our house. We argued/negotiated with the insurance company about contents and money, and there was the drama of carpets procurement rules which could be a blog on its own.

Although it was traumatic for us to go through the fire, especially Callum, we are looking at this as a fresh start.

Not only for 2020, but as a whole. We have a fresh new house and we are looking at this as reset of our luck. I look forward to sharing with you all how it goes.

I’m also looking forward to spending another Christmas in my PJs! Have a wonderful festive period, however you celebrate.

Attending The Festival Of Remembrance With A Colostomy And IBS