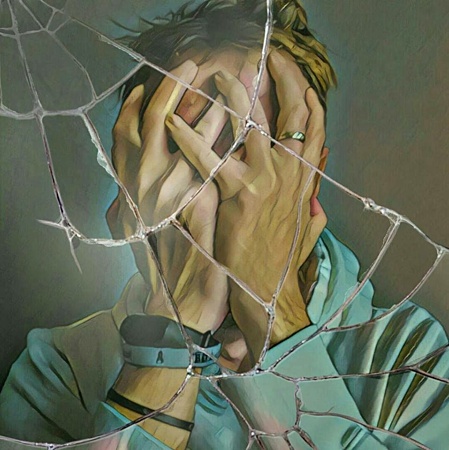 Mental health… a term heard all the time, but do we really understand it?

I decided to look back over my time having to deal with my illness and surgeries, and in doing so asked the question, “How was my mental health?”

Before my diagnosis I was known as ‘Laid Back Nick.’ Mental health was never thought about, then out of nowhere I became very ill.

I linked it to a set of stressful circumstances at the time. I tried switching my mind off to the world. I would seclude myself just to try and clear my head. I feared that if my brain had something to think about it would always end up coming back to the reason I was stressed.

Weeks later I was no better and began to panic it was all in my head.

I worried that I had lost control of my mind and my body. I was beginning to question if this experience was a breakdown. I went to the doctor explaining that my symptoms persisted, and I didn’t know what to do. They reviewed my notes and sent me straight to hospital.

After two weeks in hospital and many tests I was diagnosed with Crohn’s disease. Whilst I didn’t know what that meant, I at least knew I was not having a breakdown. Treatment for Crohn’s involved steroids which gave me a hair-trigger of a temper. A temper I couldn’t control and would hate myself for losing it. I could never see it coming, and once it started there was no calming the situation.

I was like The Hulk, where two versions of me existed, but neither green. I upset people very close to me.

Later I required emergency surgery and during recovery, opioids were introduced to the mix of chemicals in my body. The chemical imbalance played havoc with me. I found some days I did not move, others I feared sleeping due to the terrifying nightmares. One that sticks in my head to this day is being laid on the hospital bed and waves of tiny metallic spiders crawling all over my body.

Recovering at home I was still not quite myself. I experienced moments of feeling down mixed with euphoria as I got to spend time with my new-born daughter. The moments where I just felt miserable I found myself struggling to understand why. I never found an answer.

Part of my surgery meant I lost my Ileum which is the join between the small and large bowel. One of its many functions is absorbing B12.

That meant nothing to me, and I was not informed how important it was. Turns out it is very important. I need to have a B12 injection every 12 weeks or so, and I’ve been told to expect to feel lethargic, and a bit run down when it’s due. Indeed, I do feel those symptoms, but I’ve also found that my memory can be hazy. I’ve previously forgotten things or found myself switching off staring into space. Not constantly, but it was enough for others and myself to take notice.

B12 plays a massive part in brain function and health, more than I think people realise.

I didn’t find this out until I researched it. Having a B12 deficiency can lead to the onset of dementia, which for me was a shock. This along with other complications would’ve been useful to know at the beginning, rather than learning it from Dr Google.

This research came about after I attended a mental health seminar at work. It was to help me as a manager be better placed in dealing with mental health issues amongst my team. Instead I found myself asking questions and drawing up scenarios where I was the subject, I felt I was connecting with said examples. I came away asking more of myself and my mental health.

Recently, I sat with my doctor and questioned my mental state.

The doctor could see something wasn’t right with my mental health.

Those weren’t the exact words, but it was implied. They put in place a treatment to help break the cycle, but also provided details of services I could speak to for help with my mental health. Thankfully breaking the cycle helped enough for me not to seek the extra help. And yes, part of that is me refusing to admit I may have had mental health concerns.

The main issue with mental health is not the general public's perception, but I feel the sufferer’s acceptance of it.

It’s not until I have written this that I even consider them ‘mental health’ things. Reflecting on my ‘Let’s Talk About Sex’ blog, I am wondering if that’s also an example.

Sometimes we need to look at ourselves and maybe just ask “Am I okay?” If the answer to that is hard to answer then maybe talk to someone, anyone, even if it’s not a professional.

There is help out there, and it’s okay to ask for it.

“I worried that I had lost control of my mind and my body. I was beginning to question if this experience was a breakdown.” -@axtell_foley

Cutbacks And Mishaps: The Effect Of NHS Formularies On Ostomates