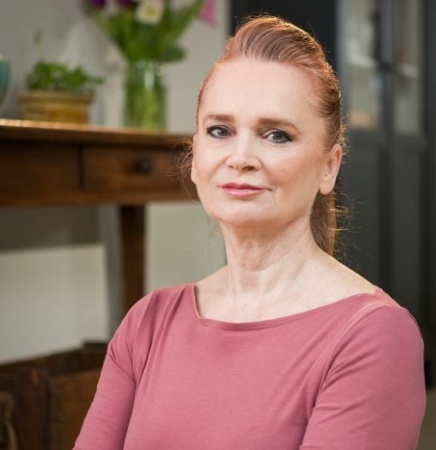 Many people see me as an adventurer and they’re right. There is nothing I like better than travelling to far off, distant shores. I have realised recently though how much stoma life has knocked my confidence in daily living.

Since I started doing motivational speaking it has become apparent that my life revolves around this hole in my abdomen much more than I realised.

It also has become apparent that when you are trying to inspire others, honesty is a must.

How can we inspire someone else if we appear to be flawless, beaming with confidence and discussing a lifestyle they feel they can’t possibly achieve? The answer is we don’t. We inspire people through honesty and being open about our difficulties, trials and tribulations. By being human.

One of the first rules of neuro-linguistic programming (NLP) is, ‘If one person can do something, then anyone can’.

For example, one of my favourite analogies is that, ‘No one can climb Mount Everest in a pair of trainers.’ But it is true that if one person can, anyone can and motivating people comes from honesty, not from making yourself detached from others.

All my life I have had bowel problems, including irritable bowel syndrome (IBS). I’ve been through the excruciating pain of inflammatory bowel disease and a bowel perforation and, yet, I can assure you that IBS is actually way more painful than many people realise.

The pain I can live with, the thing that affects me these days is fear.

With a stoma there is no control (and I take my hat off to those living with ileostomies who have even less than I do with my colostomy, I think you’re all awesome). Most people see me as a gutsy broad and though I am, incontinence has been hell to learn to live with. That’s because of the IBS you see; there’s no consistency to my output no matter what I eat.

For sure it’s true that with a colostomy you can eat almost anything, though lots of veggies (particularly certain types) will give you windy-pops. However, it’s only recently that I’ve realised how much I run my diary around my stoma because of the IBS. Doctors appointments, speaking, the gym, going out.

It has worked up until now. I spend most mornings writing either my blog or my book. With IBS it’s important not to rush around when your bowel is trying to work as it will stop if you do. On those days when I must go out, it will of course work again later when it’s less convenient. Those things aren’t the problem though.

Having IBS means my bowel works at totally different speeds.

One minute it’s slow, like a slug, another it’s rhythmic and normal, and the next like a fountain! This means that leaks happen, and I haven’t quite got my confidence with them yet, has anyone? I rave about my Aura Flushable, it makes me feel as safe as anything could. On those bad days however, even superglue wouldn’t keep a bag on, and I don’t have the courage yet to ‘wing it’.

Public speaking is something I enjoy, but especially so at a Patient Meeting. I know that if there was a problem it would be the one place where people would understand.

The next goal for me is to build the courage to live my life the way I want and not at the mercy of this most unwelcome hole in my stomach.

I watched a video a while ago, it was an experiment where people were filmed trying to poo in front of their partners. Everyone found it hard to do. I have always liked to do my ablutions in private! I remember when my grandson was little and he would go to the corner of the room to fill his nappy, yet some babies quite happily grunt away anywhere. I guess we are all different, for me not having any control over who I do a pop or a poo in front of is a tough one.

Looking Back At My Stoma Journey: Part Three