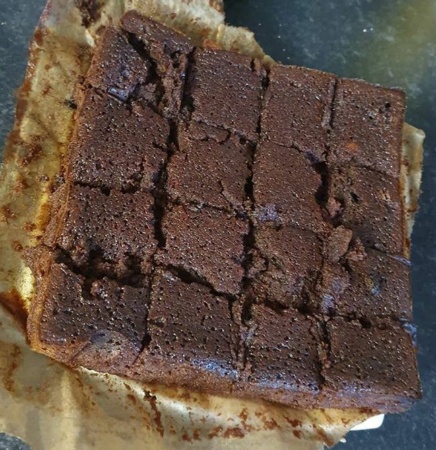 This month’s topic is stress awareness and if I’m honest at first I thought what on earth could I write about? Then I remembered the whole reason I have an ileostomy is because of ulcerative colitis, a condition worsened by stress!

From the age of ten I struggled with rather nasty stomach pain and that’s when the chronic constipation started - little did we know then that it was probably only as bad as it was due to my hypermobile Ehlers Danlos Syndrome (hEDS) that I wouldn’t be diagnosed with for another 20 years!

I don’t think I had much stress in primary school and I quite enjoyed going. However, when I started secondary school everything changed.

That’s when I really started bleeding from my rectum and, as the bowel movement passed over the ulcers, I was told it was taking the tops off them and that they were getting infected. How much of that is true I don’t know, because this was back in the late 90s and not much was known about IBD compared to what we know now!

I got bullied heavily and developed an eating disorder due to the weight I gained from being on steroids, and it was around this time that I started spending time in hospital.

I never knew what stress was until I was 12/13 and it was always followed or accompanied by an acute flare as I never really went into remission. I, just like so many other IBD warriors, learnt to cope.

The things that alerted me to stress were things like:

Because a lot of these coincided with having gastrointestinal issues, they were generally put down to my ulcerative colitis. During a flare, my symptoms were different again: things like disorientation, memory loss, increased pain and fatigue.

The direct link to being stressed hadn’t been officially made; in all honesty I only made the connection because one doctor I saw said that IBD was a stress induced illness.

Now I know that sounds bad, but they didn’t mean it’s purely caused by stress or that it’s psychological. They meant it’s triggered or exacerbated by stress. It makes sense or at least it does to me!

Even though I don’t have the active disease (as I don’t have my large bowel or rectum anymore), it still affected me when I had my j-pouch. I would experience high frequency toilet trips, entirely diarrhoea at times, sleep issues and what I call anxiety bladder – again this is related to hEDS.

I even notice it affects my ileostomy because I don’t seem to digest food properly and my output becomes watery and more acidic, which then breaks down the base plate on my bag.

Or just to be a true pain my hEDS gets affected and it slows down the bowels peristalsis which then makes my output too thick and causes pancaking (yay, not).

I have been thinking about what helps me when I become stressed. It may not help everyone, but my top five tips are:

Our illnesses are as individual as we are so what affected me might not affect you and vice versa.

“It wasn’t until a doctor mentioned that IBD was a stress-induced illness that I realised stress had played a big part in my own illness.” - @colitistoostomy

How I Cope Spending Time As An Inpatient In Hospital