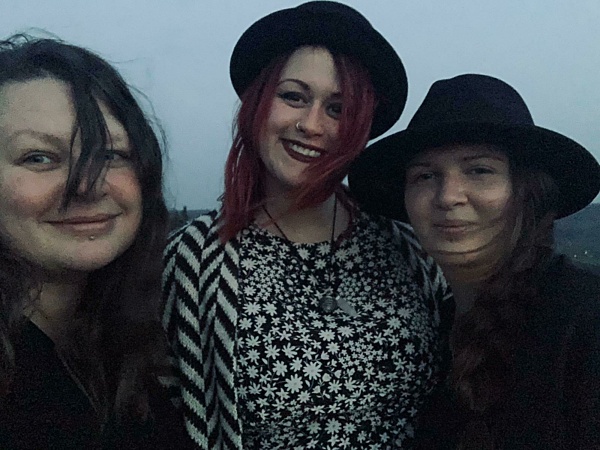 We are often reminded about how important it is to have people in our lives that understand what it is like for us to live with a chronic illness or an invisible disability. Whilst that is totally true, I wouldn’t be without my friends with stomas or similar conditions to myself, I think what about the unsung heroes of friendship groups? You may be asking who they are…well let me tell you!

They are the ones who were there when you got sick and stuck around, even though they couldn’t understand why you weren’t ever going to get better. The ones who would bring you your homework, or visit you in hospital, sometimes even skipping class to do so!

I got sick at the age of 10 and was diagnosed around 12 years old so everyone in my life pretty much has only known me as being sick.

I met my closest friends between the ages of 12 and 14, these are the friends that don’t need to be around all the time but will act as if we last saw each other yesterday. I can count them on one hand - my dad always said you can count those sorts of friends on one hand when I was little, so I guess it holds some sort of symbolic reference for me.

Four of these friends live within a fairly local radius or only an hour or so drive away, so still close enough I could see them, the remaining friend lives in Australia now so she is a bit harder to see! Each one of these people never made my illness a big thing, they accepted it and we acted as normal teenagers. I really appreciated having these friends who were really in two separate groups not making a big thing of my hamster face (from the medication I took), or the fact I would spend ages in the bathroom, or that sometimes I was unreliable with meeting up.

I’m not sure if my outlook would have been so positive around socialising with a chronic illness if it wasn’t for these five magical women.

I went on my first holiday a year after having my large bowel removed and my J-pouch formed, I went with one of these friends. We stayed in a B&B in the centre of Rome and it was great. There was one night when I was still in a lot of pain (hello undiagnosed pouchitis) and I had to stay in, but my hero friend wandered about with another friend, it was bliss. I didn’t feel bad getting my scars and wobbly belly out on the beach (that we took several trains to get to!) or having to take plenty of breaks just to allow my energy to build back up.

If it wasn’t one of my unsung hero friends I would probably have had an awful time.

Others in this friendship group of mine are so used to me being open, which means I can talk about the fact I get leaks and they don’t bat an eyelid that I’m talking about poo. I guess it helps when you become a parent, as the topic of bodily fluids is a frequent one in itself. I don’t have to reign in my conversations or just keep them for those who have stomas or the same conditions as me.

They hold space for me to talk and let it out without judgement or disgust.

That’s what we need in life, those friends who have seen us go from A to Z with the mish mash and back tracking of letters in between. They help us remember who we are as individuals not just spoonies. I am honestly lucky that I have these five unsung heroes to go along with my friends who understand the nitty gritty life of living with chronic illnesses.

“Everyone in my life pretty much has only known me as being sick.” - @colitistoostomy

Living with a stoma can have its challenges, but the support of a loved one can make all the difference. If you need someone to talk to about your stoma, our team are here to help. Call 0800 585 125

Sustainability and Ostomy - what can I do?