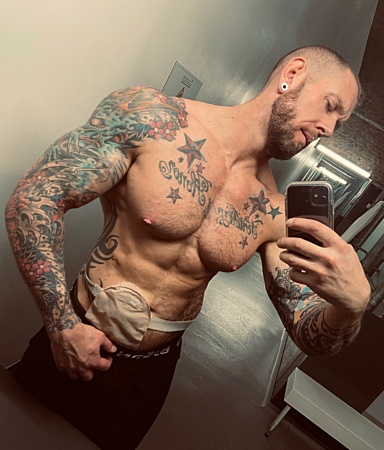 Hey guys, I’m Steve - a 39-year-old Northern lad who moved to London eight years ago to start a career as a Personal Trainer. I’ve always been into fitness, and growing up as an out gay guy there was a lot of pressure to look the best and be the strongest, especially as I was over six foot tall and weighed 105kg. One very important fact about me is that I am blessed by God to have the most adorable, extraordinary, loving little Cockapoo called Sally. I needed to include this, as she played a huge part in my recovery, as you’ll find out… 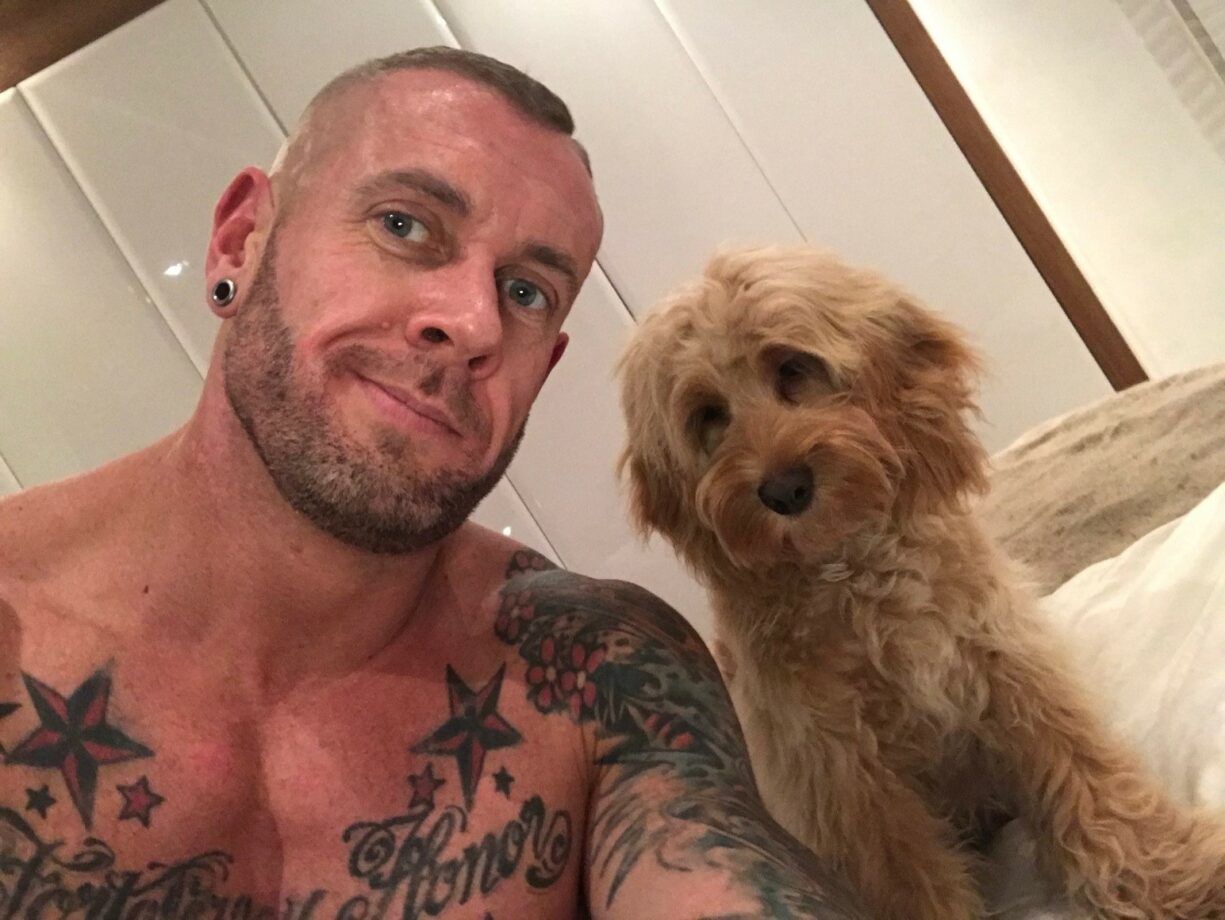 I thought I’d share a bit about my background, and life before my emergency stoma surgery.

At 17 I started working as a chef, I’d always had a love for food and pressure so what better job would combine both elements? Never being one to settle for second best I quickly moved through the ranks to second chef and then head chef. Getting fed up of the onion smell I transitioned into customer facing management. Driven for success, I soon became General Manager of the highest rated hotel in Leeds at age 23.

Over the years I achieved some amazing results, from managing a boutique group of hotels to Civic Hall refurbishment projects but deep down my passion was for developing people and leading them to a better happier future.

After a period of self-reflection and moving to London I began building my future in the fitness industry and helping others shine through improving their self-esteem and confidence.

Last August, a freak accident left me fighting for my life. I’d faced some challenges before, but this one pushed me to my absolute limits mentally and physically.

A fall which somehow ripped my insides was rapidly killing me, haemorrhaging blood by what seemed like the pints and having no ability to breath was a pretty good indicator I wasn’t in the best state. So, I thought it best to get rushed to hospital. Very quickly I was signing a piece of paper which indicated I would most likely have to have a stoma - if not I wouldn’t survive.

Not really thinking that far ahead, I signed the form as anything is better than death …and I still stand by my mindset - do you sh*t in a bag or do you give up on life? There wasn’t a second thought. Even through all the battles I have faced I would never lose the war!

I’d been rummaged around in, had tubes and bits coming out of every part of me (admittedly I was still trying to get the care team to do a shoulder workout and buy Gym Shark leggings) but no words can describe the pain I was in let alone how my mind could ever process and cope with what was to happen over the next few days. But typical me, I would put a brave face on and just get on with it… isn’t that what us Northern folk are meant to do?

Acting like nothing had happened I would ask someone to get my standard breakfast from Pret and I’d try to do emails and organise client training, because Stephen didn’t want to face up to reality, no, he wanted to ignore the fact he’d just had 30cm of colon removed and there was an additional pink fleshy bit sticking out the front of his belly and some chap had stitched his bowels together with a huge staple gun!

So, at this point I could go on about the whole ordeal, but I won’t.

However, I will mention the one and only time I wanted to end it all…

It was probably the only time in my life I proactively looked for a method to stop the agony. It was when I collapsed on the hospital room floor, projectile vomiting green bile, in floods of tears with immeasurable pain and I just couldn’t take it anymore. But then a certain little lady popped into my head, it wasn’t my life I was fighting for anymore it was Sally’s. My sweet girl - who would be there for her? Who would love her? She was and is the most precious part of my life and my baby needed her dad! 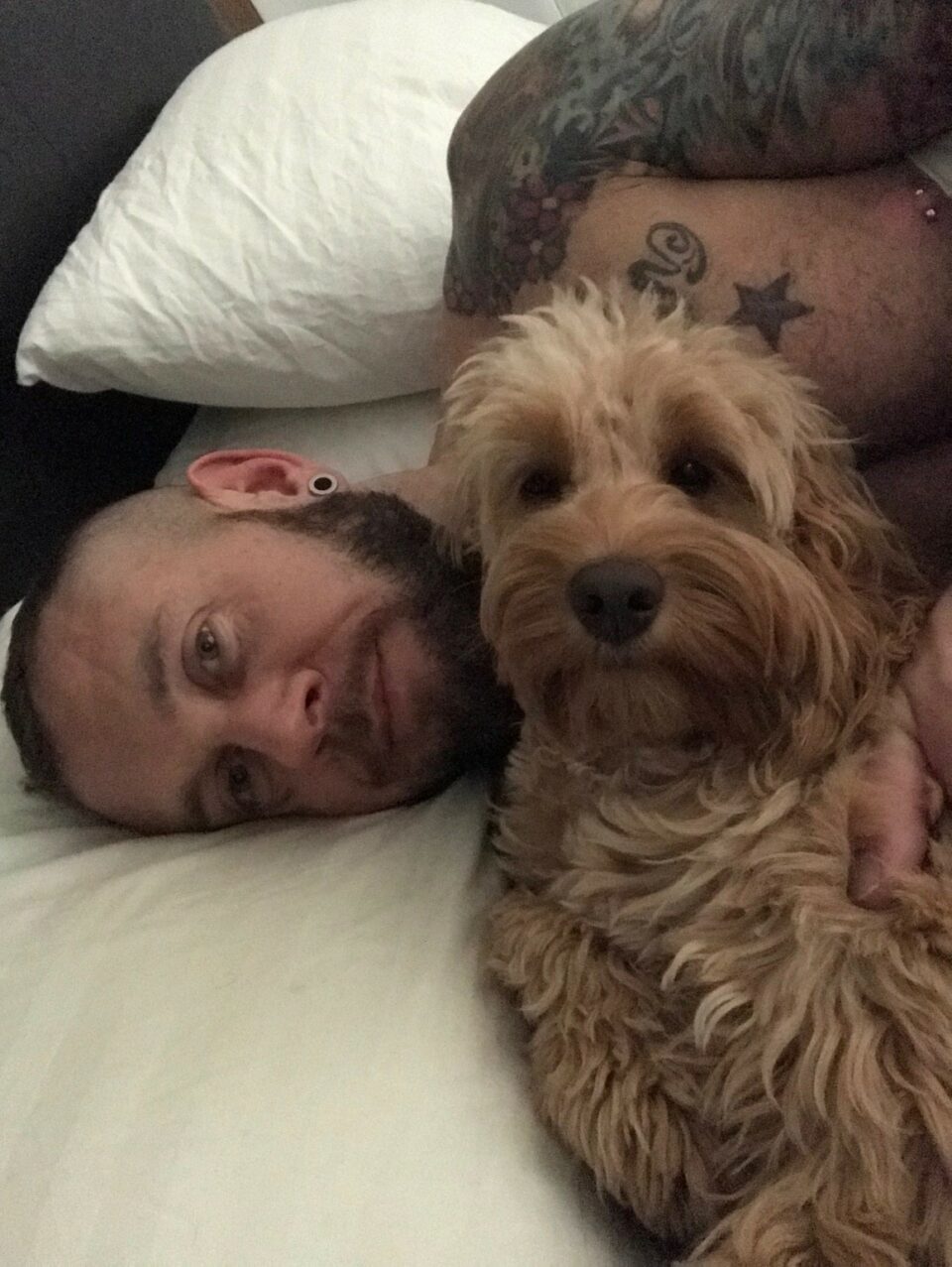 So, the reason I wrote this blog wasn’t to tell the world about how I’ve suffered or to seek validation and support from others, my aim is to make you stand up and fight.

Life is a war where we face many battles. Some people have a fierce war with hundreds of battles, some have very few battles and an easy war. The one thing which I guarantee will happen is you will lose some battles. The loss of a battle does not mean the defeat of the war, it simply means we learn from the mistakes we made, the poor judgement or the challenges we faced, to help us win the next.

Many times there have been occasions where I felt like the war had beaten me, but I look around at what an incredible planet we live on, I hold the love and support close to my heart, I find the strength within me to learn and grow… overcoming physical and mental challenges.

I may be a strong person, but I didn’t do this alone and you will never be alone if you treat people with love, support and respect. No war has ever been won alone so use your allies.

“Even through all the battles I have faced, I would never lose the war!” – Stephen White

Are you interested in physical fitness whilst living with a stoma? Check out our information on Staying Active With A Stoma. 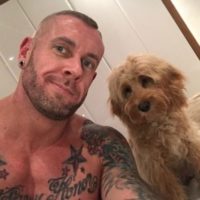 Hey guys, I’m Steve - a Northern lad who moved to London to start a career as a Personal Trainer. An accident led to my temporary stoma and I had quite a traumatic time, but I'm doing what I can to help others. An important fact about me is that I am blessed to have the most adorable, loving cockapoo called Sally. Follow me on Twitter @SWfitnesslondon or find me on Instagram.

What My Son Thinks About My Stoma