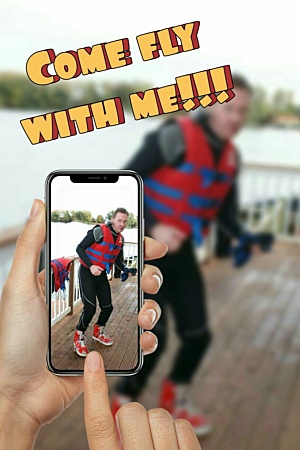 This year marks the fourth anniversary of my completion proctectomy, and it reminded me that I had not yet talked about the last item on my pre-op bucket list.

Basically, you strap two water jets to your feet, and you fly above the water. Well that was the plan. I was lucky enough to have won this as part of the employee award scheme at work. I’d wanted to do it for a while - it was like they read my mind! So what better time to do it than two weeks after my mountain bike crash and five days before my big operation?!

The location was on the other side of the country, and required a long weekend stay in a beautiful farm cottage near Skegness. The cottage was not part of the package, but it was the best place to go if you wanted to clear your head. I have never been anywhere so quiet. 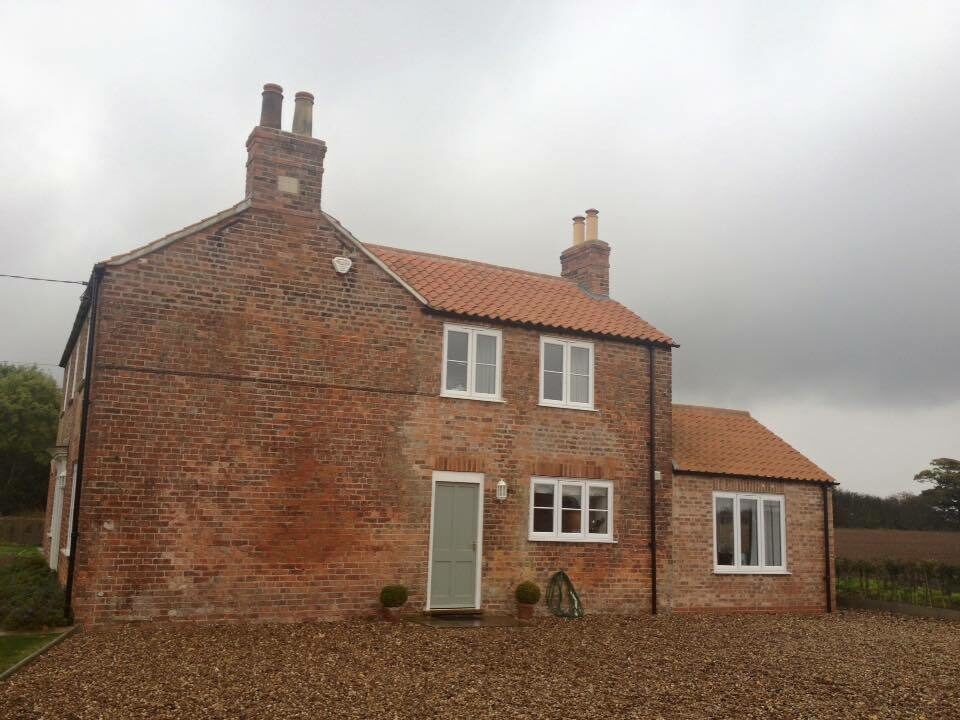 The flyboarding venue was situated within a huge caravan park around several lakes, where you could do all kinds of water sports.

It was late October and probably not the best month for cold water swimming. I was a little nervous, mainly because I was first up, and wondering just how cold it was going to be. What if I was rubbish? I’d been imagining myself to look and feel like Ironman in his fancy flying suit, but with a more ‘drunk uncle at a wedding on a hoverboard’ vibe! Also, keep in mind that I’d only just had my face stitched back together after my bike crash - I worried if I hit the water head on, I would be ‘head gone’. 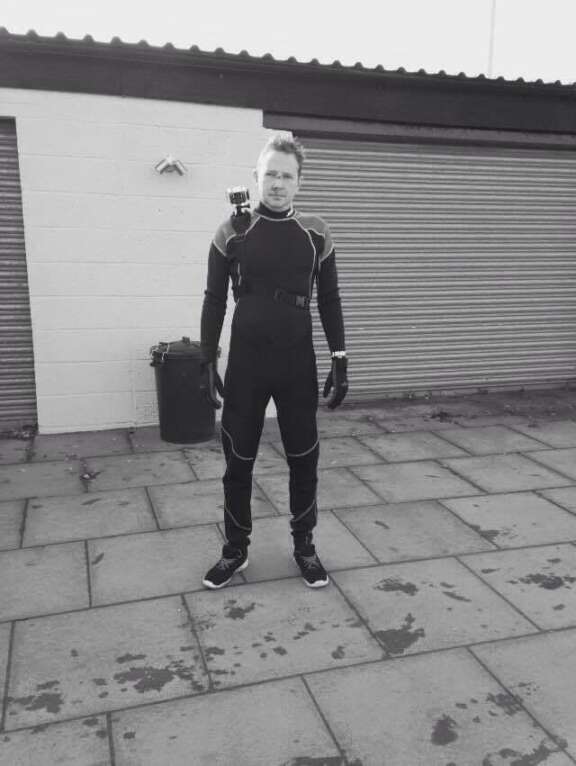 My mucus fistula and bag also played on my mind. I owned my own wetsuit for swimming and made sure it was not too tight.

This was to avoid pressure on the bags, and to help prevent the dreaded pancaking. However, I was not allowed to use my own wetsuit for this experience, which was lucky as mine was short sleeved. The wetsuit provided was thankfully not too tight and was a breeze to put on. Granted it was cold, damp and smelt like mouldy socks, but it fit. The same could not be said for the boots. I have tiny feet, but still struggled to put on the moon boots provided. Lastly, I was kitted up with a helmet and then ushered to head down to the jetty.

Three men fitted a large contraption to my feet. It weighed a considerable amount. Enough to make me think I was going to sink to the bottom of the lake rather than fly above it. 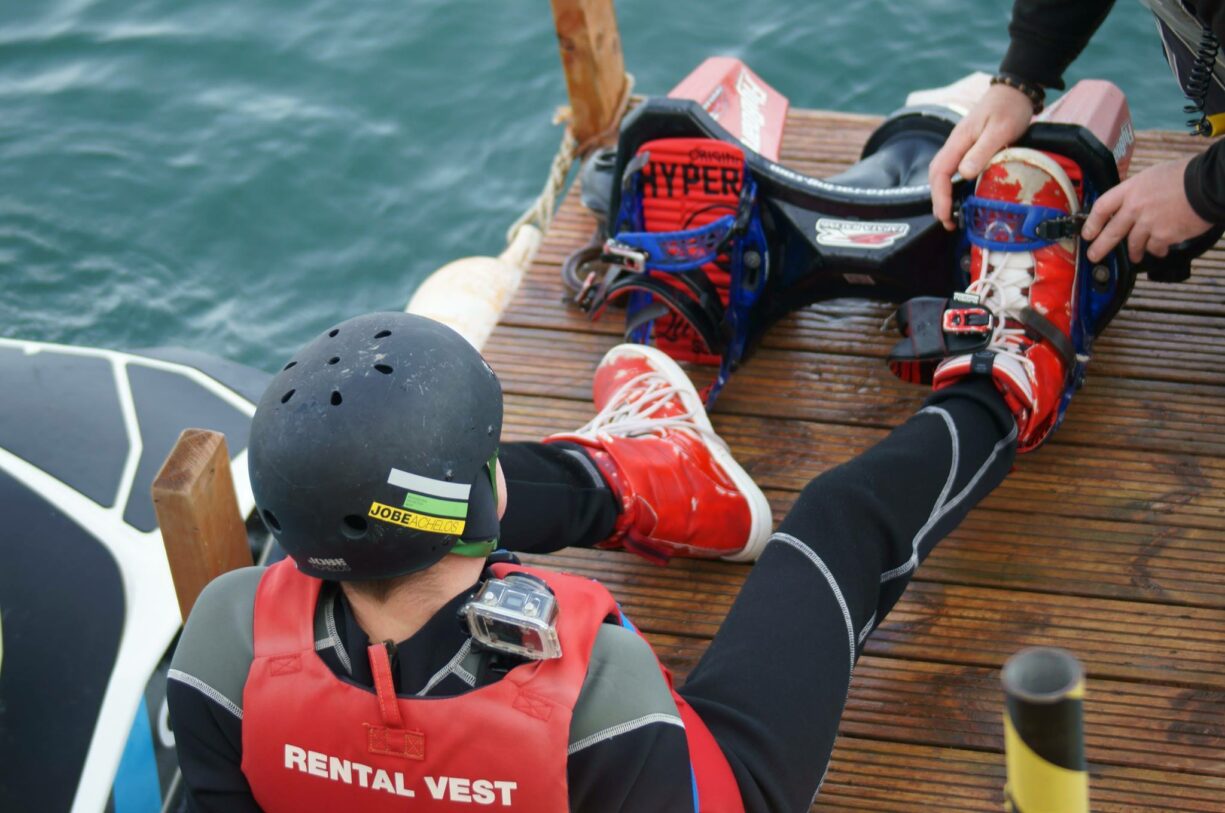 The instructor charged towards me on his jet ski… I noticed his confusion as he looked at my face.

The tone in his voice suggested he felt this may not have been my best decision. As I was lowered into the lake, the autumn water began to seep into the wetsuit causing me to shiver. I was advised to lay on my back and let the jets on my feet push me out into the middle of the lake with the jet ski in tow.

I had no control over the jets, that was all controlled by the instructor and the jet ski. The method to get off the water is to rollover onto your front, then bring your legs down underneath you, and then as the power is applied, stay straight as you rise from the water. I say rise, but the first few attempts looked more like that drunk uncle I mentioned before! 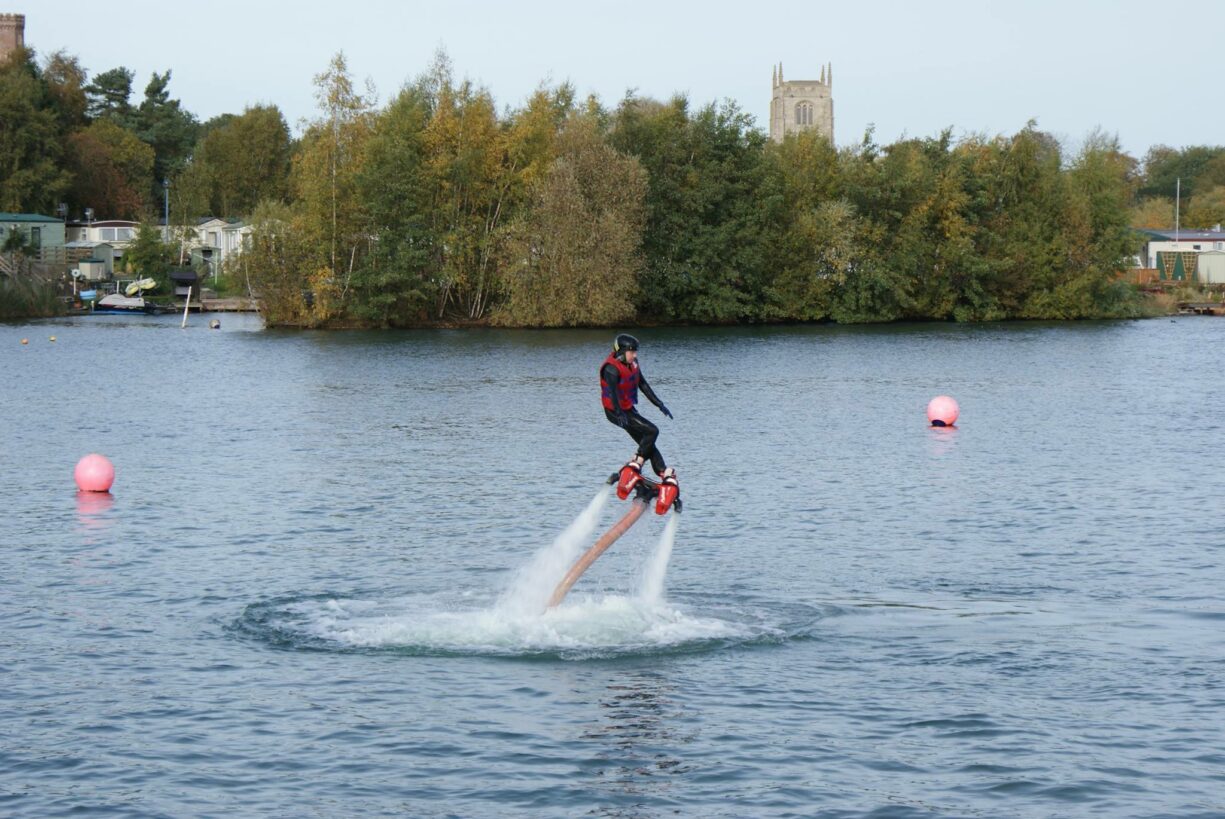 It took a lot of getting used to, but I eventually found a sense of balance and began to reach some height.

To me it felt like I was about 40 feet in the air, but when I watch it back, I barely left the surface. The session was only 20 minutes long, and at about 15 minutes in I was ready for it to be over. The cold water didn’t bother me as I had generated enough heat to stay warm, but I was shattered.

Staying afloat, having that weight on my feet, twisting and turning in the water was tiring. I began to worry that all the twisting on my abdomen would make my mucus fistula come off. It had a habit of doing that when I was too physical… or happened to fall off a bike.

With the session over we headed back to the jetty.

I climbed out, removed my boosters and slowly walked back to the hut. Being out of the water meant the cold kicked in, all my limbs started to feel heavy and numb. I felt like I was made of concrete. 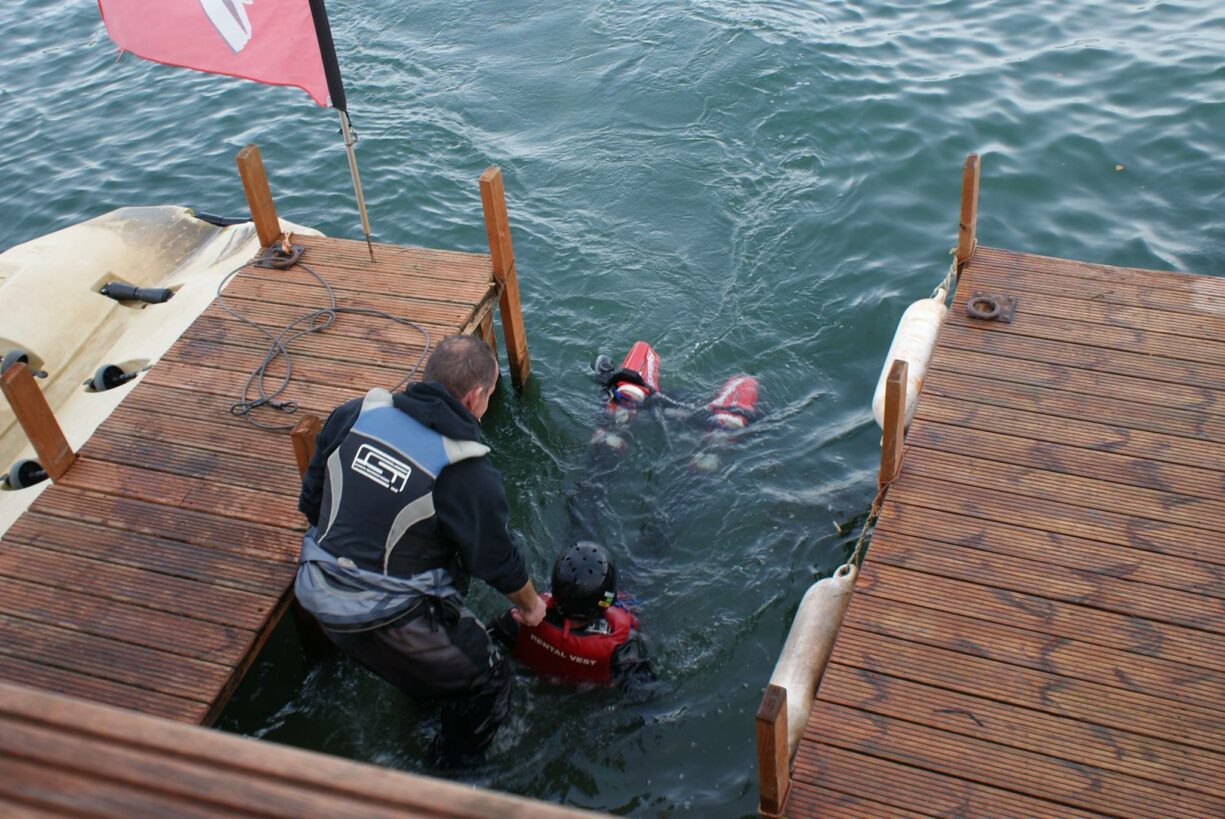 Those boots I struggled to get on? Well getting them off proved even harder. An almost comedic scene ensued as onlookers witnessed me gripping onto a rail for dear life while at the end of my feet family and friends tried to remove the boots.

After much cursing and declarations of divorce, the boots came off. I was then left to get changed in the shower room.

The shower room consisted of a shower at one end of the room, and one large open area with coat hooks. No doors or cubicles in sight.

It suddenly dawned on me I would be showering in full view of others.

Strangely I was more concerned about my bags being on show rather than my little friend who given the temperature of the water was hibernating!

Thankfully I was alone, but I didn’t know for how long. So quick as a flash I whipped of the wetsuit, showered in the hottest shower ever, and got my clothes on before anyone saw me. I checked over my bags and all were stuck to me as they should be.

I walked out fully clothed, shivering and praying for a hot drink. I think with more practice I could do better… maybe in the summer months. After that adventure, I had five whole days to fill before the proctectomy.

“What better time to flyboard than two weeks after my bike crash and five days before my proctectomy!” - @Axtell_Foley

A video of my flyboarding experience can be found on YouTube.

The Importance Of Having A Local Support Group