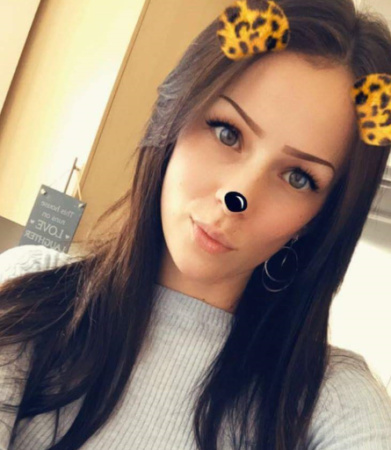 This month’s blog instalment picks up shortly after Rachael’s colonoscopy preparations. Catch up on her journey so far by reading: Cinderella With A Stoma – The Dreaded Exercise Class.

I sat alone in the waiting room of the Endoscopy Unit

My only companions were a school of tropical fish in a nearby aquarium. Naturally, I investigated further by tapping the aquarium glass, hoping to bond with at least 1 of them - I spotted Dory but Nemo was nowhere to be seen. I found myself drifting off into thought, questioning the unknown…

Why do sharks have nostrils? What do sheep say when they ‘baa’? And who decided a placenta was edible?

We ran through some paperwork and the nurse showed me a 3D model of the digestive system. I explained to her that anatomy was fairly new to me and that I’d only just learnt your bowel is actually your intestines! The nurse then diverted to the next topic; sedation.

Perched on the end of the hospital bed I watched a few patients being wheeled out of the Endoscopy Suite. All seemed alive and were positioned on their left side. This sent me into thought again, this time about a horror movie I had once seen – something to do with a human centipede.

I was handed a robe which I guessed I was meant to put on back to front. Luckily I had put the hospital knickers on the right way around! The bed was then wheeled into theatre and my only focus was to not pass wind.

As the pipe made its way around the bend I’d been warned about, my state of awareness went from a 4 to a 10. The slight discomfort they told me to expect was far more than ‘slight’ - I needed a second sedation, pronto!

When all was finished, I was delivered back to the ward to recover

It wasn’t long before I was pin-balled down the corridor to the consultation room where my mum was waiting for me, along with the nurse who takes care of patients with Inflammatory Bowel Disease.

Sitting down rather uncomfortably on my now de-flowered buttocks, and still high from the second sedation, I began to absorb what the nurse was saying and thus my suspicions were confirmed; my large intestine was about as much use as non-alcoholic vodka.

I retreated home with a sore head and a very loud behind!

Tune in next month to read my 3rd instalment of ‘Cinderella With a Stoma’.

Holiday With A Stoma