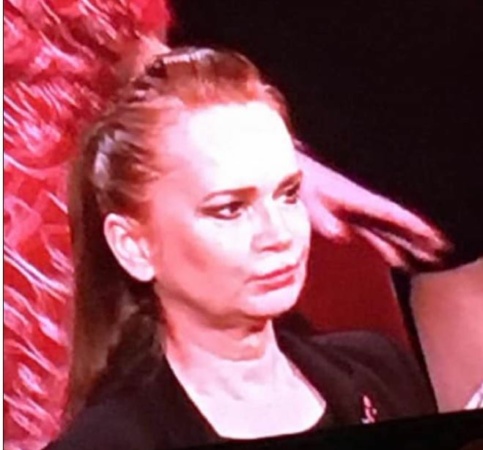 There are now only two things left on my bucket list, but that doesn’t mean that other opportunities and adventures won’t pop up - I might grab them with both arms when they do! This Remembrance Day was one of those occasions.

The Festival of Remembrance has been held annually at the Royal Albert Hall since 1923 and was first broadcast on BBC radio in 1927.

It progressed to a televised event and I have watched it for years. The War Widows would walk on and across the floor and I would always choke back a sob knowing how hard it must be, never once thinking of doing it myself.

That walk is now known as The Walk of the Bereaved and is opened up to other family members, which I think is fabulous because everyone suffers with the loss of a family member. Grief is felt by all concerned and so this change is a positive one.

I was invited by the BBC for ‘the walk’ this year and really wanted to do it, so of course I said yes!

Then I started to panic because of my pesky stoma and once I realised what was involved, I panicked even more. You see, to put on a show such as the Festival of Remembrance involves many rehearsals and we had a full day on the Friday with a reception at the British Legion that night. It didn’t go too badly.

Saturday morning came and it was time for dress rehearsals. My stoma has been better behaved these past couple of months so I have been getting out and about more and my confidence has come back a little. Our lovely BBC runner, Dani, was fabulous and she warned us nothing can quite prepare you for that wave of emotion that comes when you walk across the floor.

It hits you like a tsunami and even in rehearsals everyone stands as the bereaved walk out. Then on the first run as we sat down James Blunt started to perform ‘Monsters’ and the emotion was just too much and I sobbed. The choir was right behind us and it was so powerful that you could feel the emotions all around you as everyone related to the poignant words of the song. James is one of the best performers I have heard singing live.

I was feeling incredibly strong and ready to do this, when the second hurdle hit me.

Fin Doherty was to lead us all. Fin’s brother had the same nickname as me: JJ, and he was killed in Afghanistan in 2008. Fin joined the Army ten years later. There he stood in his number two dress wearing his coveted maroon beret, the pride of the Parachute Regiment. My mind flipped back 37 years, remembering exactly how all my late husband’s friends and colleagues were dressed at his funeral, just like Fin. J suddenly stood for jelly.

My stomach was in knots and the IBS had kicked in, but the matinee performance went well and it was to a packed house.

We all supported each other and got through it together. Waterproof mascara was necessary! But then there was the evening to go and the Royal Family would be there in another packed location, and this was the one that would be televised.

Dani, the BBC host, had been fabulous. I told her about my stoma and she kindly carried my spare pouch just in case, but everything is down to timing when you are involved in a show like this and of course stomas don’t respect timing do they!

Not long before we were about to get our call, my stoma started to work… awkward!

Walking in pairs it would have been really difficult to pull out of the show at that point and I was in a panic as the words in my head were so clear: “I cannot have a poo in front of the Queen!”

I admire people who get on with life and don’t care about where or how they fill their pouch, and I wish I could be like them, but alas it still brings me out into a panic and a cold sweat if my stoma starts working in public. But the Queen? That is a whole different level!

Then there’s the ‘what if I have a leak?’ ‘What if my stoma is noisy during the two-minute silence when you can hear a pin drop?’ What to do? Best warn Dani this could be a very late drop out.

Dani was amazing, I asked her how late we could leave our call and why. She reassured me that she could come back for me ten minutes later than the others if needs be. That gave me half an hour roughly and with an unpredictable stoma that is like a rocket one minute and a snail the next all I could do was wait. Mindfulness and breathing were my best friends as I tried to stay calm and decided that if I needed to drop out so be it, but I was not going to be having a poo in front of Her Majesty even if others may not notice, I just couldn’t do it. Simples.

For once, my bowel behaved impeccably and having had my stoma six years I have the measure of when it’s about to work as well as when it’ll finish.

All’s well that ends well as they say and my trusty Aura Flushable pouch was changed with just five mins to spare before we had to line-up. Dani carried another spare just in case and I lined up proudly with the others ready to do my late husband proud. I’m trying to get my life back even though there are hurdles to overcome and as you can read in my last blog life isn’t always easy with IBS, PTSD and a stoma. I don’t want to be treated as different or special though, part of trying to overcome fears is wanting to feel like everyone else so it meant the world to me that I could go on with all those amazing people I met that weekend.

And even better, my pesky stoma was silent too during the two-minute silence!

We got to meet Geoff Goldblum, Leona Lewis and James Blunt too, what a weekend! With my book signing tour ongoing I’m sure there will be more adventures next year. It’s always good to reflect at the end of the year and I’m proud to say that I’m no longer the recluse of last winter! Until next time guys…

“I admire people who get on with life not caring about where or how they fill their stoma pouch… I wish I could be like them.” - @justjayhyrons