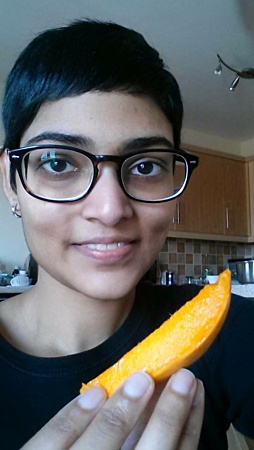 My relationship with food has been a complicated one.

I’m sure many of you will relate. Having experienced Crohn’s symptoms since the early age of eleven, I never really learned how to enjoy eating, savour tastes or practise gratitude for the variety and abundance of food available to me. My thoughts and feelings around food were so extreme that I actually began to hate the fact I needed to eat in order to survive, foolishly cursing the universe for its seemingly unintelligent design.

Would a stoma make things even worse?

When I finally decided to have a stoma formed, I expected the situation to go from bad to worse. I thought I would have to cut out lots of food groups and be extremely careful with what I ate. I remember reading that particularly fibrous foods might prove problematic which I took to mean that I mustn’t eat brown bread, rice or pasta, legumes, most fruit, most vegetables and the skin of the remaining fruit and vegetables I could eat! My fear of something going wrong was so strong that, after my stoma surgery, I would actually sit there and individually peel an entire bowl full of grapes! I kid you not.

I was almost at the stage where I was putting vegetables into a blender and drinking them through a straw when, one glorious day, my heaven-sent stoma nurse gave me the courage to gradually shed my comfort blanket of cautiousness. She told me to avoid nuts, mushrooms and sweetcorn but strongly recommended that I give everything else a go.

Slowly but surely I started to introduce more and more foods into my diet. I even channelled my inner rebel and experimented with nuts and sweetcorn. Interestingly, the sweetcorn didn’t cause much trouble at all but the nuts...well let’s just say the pain was real. My fellow blogger, Nick Axtell, knows a thing or two about this (read his blog about the perils of nuts here). In case you’re curious, I didn’t try any mushrooms as I don’t like them anyway. I mean, what’s with the weird texture?

In all honesty, I had completely forgotten what hunger felt like and now every time I experience it I am overwhelmed by intense gratitude. My increased appetite, along with a continually increasing list of ‘safe foods’, means that I can now honestly say I love food. This isn’t loving food for the sake of indulgence but loving food with an appreciation for its ability to sustain and nourish me; even on the occasions when it does cause me pain.

I hope that you like the picture that I chose to accompany this blog. It is particularly special to me and relevant to this story: on May 11th 2015, after 12 years of having insides that wouldn’t allow me to eat them and a year-long nationwide ban on their import, I was finally able to enjoy my favourite food…Indian Alfonzo mango.

IBD can make your relationship with food very complicated, but with an ostomy you can learn to love it again 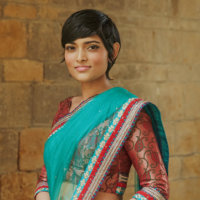 From Aura to ‘Aura’ - A is not just for Attitude!